Jayson Tatum continued his historic streak with a 44-point performance during the Boston Celtics’ win over the Charlotte Hornets on Wednesday night.

But his own success did not stop him from praising former Celtics guard Isaiah Thomas when asked about what it was like to share a court.

“Yeah, I mean, obviously I’ve seen him play his whole career and I’ve got a lot of respect for him, what he’s done and things that he’s been through,” Tatum said on a postgame video conference.

“I remember being in college, watching him the year before I came, averaging 28 points, 14 points in the fourth quarter, you know, scoring 50 in the playoffs, things like that. Obviously, you got to be really special, especially at that height. Happy for him, happy he’s still getting an opportunity to do what he loves to do.”

Thomas spoke on Tuesday about his frustration with the Celtics’ unwillingness to bring him back to Boston despite his love for the team and city.

The Hornets guard scored five points with two assists in 11 minutes off the bench. Thomas has provided a spark for the Hornets in his first week on the roster.

The Celtics will look to continue their win streak against the Detroit Pistons at 7:30 p.m. ET in TD Garden on Friday. 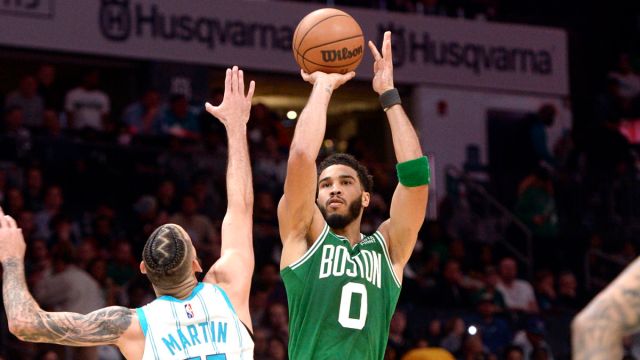 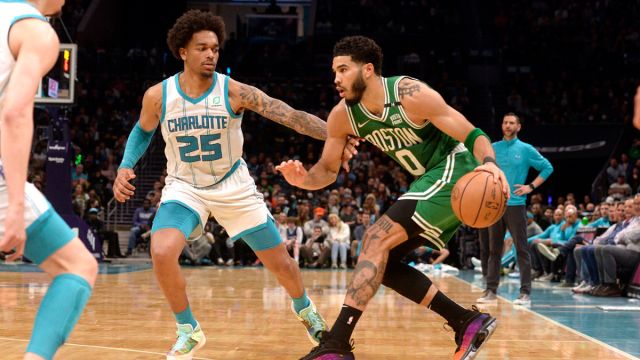