Bruins Notes: Boston Looks To Bounce Back In Time For Playoff Run Skip to content

The Boston Bruins’ two-game winning streak was snapped on Thursday in a loss against the Pittsburgh Penguins, 4-0.

The Bruins offense could not find the back of the net at PPG Paints Arena, despite the B’s outshooting Pittsburgh 52-32. Penguins leading goal-scorer Jake Guentzel tallied a hat trick, scoring his first goal at the 7:49 mark in the first period. The goal came after Jeremy Swayman made a save off of a Chad Ruhwedel shot. The Penguins took advantage of a quick line change and Guentzel blasted a shot past Swayman.

“We knew they’d be good in the first, and they were. The start in the second was excellent,” Bruins coach Bruce Cassidy said, as seen on NESN’s postgame coverage. “It was a nice play. I think it was Jake (DeBrusk) to (Brad Marchand). It was a big time save, and they come down. You have a breakdown. A forward doesn’t walk the lane or just a step behind, and that’s the save you need in this type of game.

“We didn’t get it. From there, I thought we pushed a little bit, but that was a game-changing moment at each end, and give their guy credit, made a lot of good stops. We need to finish better. We’ve been struggling to score here the last little bit and got away with it the last few games. Played good defensively and got the saves tonight, we didn’t.”

“They stretched the zone on us a couple times, and we knew that. That’s what’s disappointing,” Cassidy said. “Even the first goal, obviously, we have to be better, but we’re in between an D-line change, and all of a sudden, Guentzel’s behind us. And the next one, we talk about three high in the neutral zone, and our forwards are a step behind and they’re in all alone.

“Those are grade A chances. I don’t believe we got any of those things, that I can recall. Later on, maybe. Borderline, one but not clean like that. They did a good job keeping us to the outside. We got a lot of shots on net. I thought they kept the front of their net clean on the original shot a lot. We were able to generate some rebound chances, eventually, but not the screens probably as much as we’d like. That first 10 minutes or the first five, six minutes could have changed the complexion of the game.”

Here are more notes from Thursday’s Bruins-Penguins game:
— Swayman started his third straight game in place of injured goaltender Linus Ullmark. Swayman was outmatched by opposing goaltender Casey DeSmith, 52 saves to 21 saves, but he has proven this season that he can rise to the occasion and will be needed to do so come playoff time.

“It’s everything. It’s bringing it, to compete, first and foremost, every night, no matter what, who we’re playing, if they’re in the playoffs or not,” Swayman said in a team-provided video. “Just making sure we do everything we can to rub off the kinks, and fine tune our game and bring that competitive edge because we know that’s what’s gonna happen come playoff time, and we want to make sure we’re ready to go.”

— The B’s performance on the power play did not improve on Thursday as they went 0-for-2 on the man advantage. The Bruins are on a run of 0-for-29 on the power play, a historic drought for the team since the original ’67 expansion. Cassidy is hopeful the B’s can reclaim their offensive form in time for the playoffs.

“Some of the open plays we’re getting now, teams are cramming things. We’re working on low plays,” Cassidy said, as seen on NESN’s postgame coverage. “Our power play, for years, has ran around the four forwards that are low. We’re off net with it. (Matt Grzelcyk’s) missed the net. Charlie’s missed it a couple of times. You’re gonna have to get some of those shots.

“Eventually, you got to hit the net with your chances if you expect to come out of a funk. Some of them we did. We made a couple of bang-bang low plays. Puck recovery was good. (Craig Smith) he had one. (Erik) Haula was in there, but when you’re moving it around, finding the open look, those got to be on net, recovery and then the nice plays happen.”

— The Bruins will return to TD Garden on Saturday to take on the New York Rangers. Puck drop is scheduled for 3:00 p.m. ET, and the game will air on ABC and ESPN+. Coverage returns to NESN on Sunday as the B?s travel to take on the Montreal Canadiens. 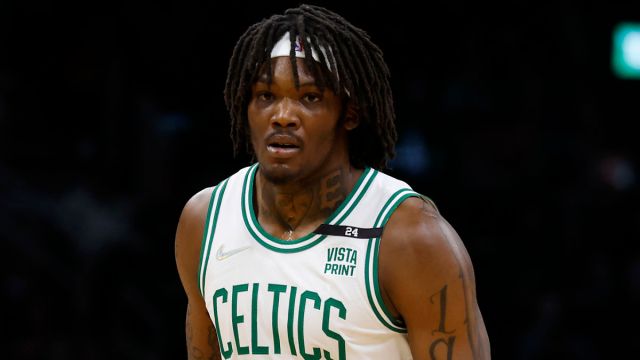 How Celtics’ Robert Williams Is Progressing With His Injury Recovery 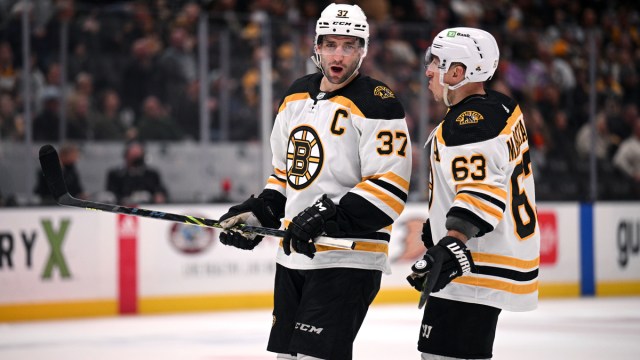 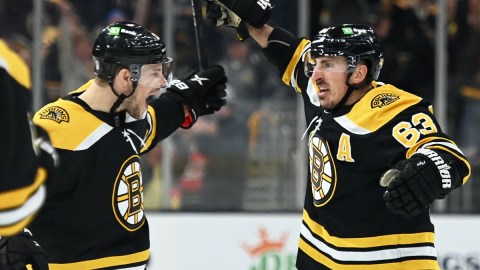