The Boston Bruins faced a tough challenge against the top team in the NHL, but they passed in front of the TD Garden faithful with a 4-2 victory on Tuesday night.

The Florida Panthers came into Tuesday’s matchup with the best offense in the NHL, averaging 4.14 goals per game. That top offense got going with a Gustav Forsling goal at the 8:00 mark in the first period.

The Panthers capped off a high-scoring first period with a goal in the closing seconds. The goal marked an issue the Bruins have been trying to figure out as Boston is tied for second in the league in most goals given up in the final minute (27). Another worrying trend for the Bruins is their power play. They were 0-for-3 on Tuesday making them 0-for-36 since their last power play goal.

Jake DeBrusk scored what would be the winning goal in the second period. DeBrusk’s goal came off a rebound after a quick Brad Marchand shot. In the final minutes of the third period, the Panthers pulled Bobrovsky, and it opened up an opportunity for Marchand to score his 32nd goal of the year. Patrice Bergeron had a shot at an empty-net goal, but Bergeron passed it off to Marchand.

“Certainly in the first period, they got some good looks,” Cassidy said, as seen on NESN’s postgame coverage. “A couple of breakdowns, a couple of nice plays they made. Maybe we could have managed the puck better here or there, but at the end of the day, the whole picture, especially the third period, you’re protecting a one-goal lead.

“We gave up maybe one or two chances. So that’s good. They didn’t look like, to me, they had their usual jump tonight for whatever reason. We got to take our share. Credit for getting in their way and might have been just one of those nights, but I certainly liked the way our team performed.”

Here are some other notes from Bruins-Panthers
— The key to the Bruins’ victory against the Panthers was defense, especially in the third period. The Bruins held a 3-2 lead heading into the third period, and Boston held Florida to just three shots in the frame. Goaltender Linus Ullmark saved 19 shots that went his way.

“Even offensively, I thought we generated a lot, as well as playing well defensively to get pucks back,” Cassidy said. “Against good offensive teams, that’s one of the better formulas. If you get pucks back and check well, you force them to defend. They get a little frustrated because they’re used to scoring, so maybe that was what took place. But our game was solid.”

— Hall played a major role in the Bruins’ offensive attack. He scored one goal and earned one assist on Tuesday, and he had a chance to score a second goal during a power play, but Bobrovsky saved Hall’s shot.

“I wasn’t the most confident shooter for a while there, but last couple of games, I’ve scored some goal-scorer goals, and it’s good,” Hall said, as seen on NESN’s postgame coverage. “It’s good to get that feel. It really is a feel. Some people chalk it up to luck or whatever, but the best goal scorers in the league, they seem to score a lot, and if I can get that feel as we’re heading in the playoffs, it’s a good thing.”

— Haula scored the first goal for the Bruins, and the forward felt Tuesday’s matchup against the Panthers was a good test for Boston as they prepare for the Stanley Cup Playoffs.

“I thought it was a good test for our group,” Haula said in a team-provided video. “Florida’s a high-powered offensive team and keeping them to two goals is good. Just keep on growing our confidence and we’re getting close to the end, and it’s starting to become more and more clear, as the days go by, who we’re going to play, so I think today was perfect. Glad we got the win.”

— The Bruins return to action Thursday for their home finale against the Buffalo Sabres at TD Garden. Puck drop is set for 7 p.m. ET with an hour of pregame coverage at 6 p.m. ET on NESN+. 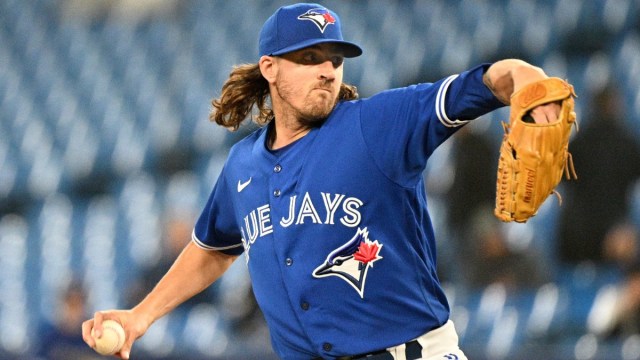 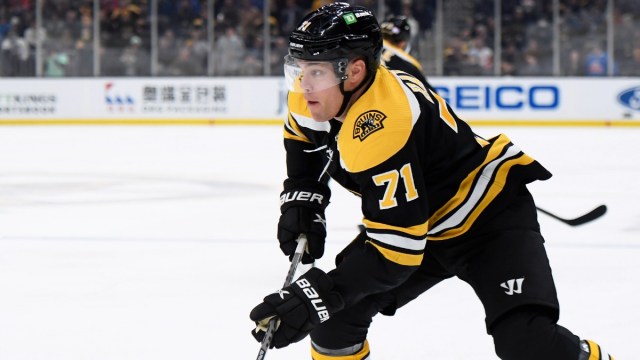