The Boston Bruins fell to the Detroit Red Wings 5-3 on Tuesday, the second night of a back-to-back.

At one point it looked as if the Bruins might coast to a win, taking an early 2-0 lead in the first period. Unfortunately for the B’s, the tides eventually turned.

“We fueled their push a little bit, at the end of the day, they had their push in the second and we just didn’t get the stop,” Bruins coach Bruce Cassidy said in a team-provided video. “We didn’t get any saves when we needed, we broke down. We had some defensemen that got beat one-on-one, that mismanaged pucks. They just need to be better in this situation, but there’s a few rebounds there, puck plays that caused some problems for us as well.”

Cassidy did not elaborate on why he thought the Bruins’ play declined on Tuesday, but fatigue and injuries almost certainly played a part.

— One night after forwards David Pastrnak and Trent Frederic went down, defenseman Hampus Lindholm left due to a lower-body injury.

“I don’t think it’s serious but you don’t know better until you get better information,” Cassidy said. He explained that Lindholm will likely have more testing done Wednesday.

— Cassidy was happy with the Bruins’ offensive performance given the 50 shots on net, and pinned loss on the defense.

“I thought we did enough offensively to be quite honest with you, but their goaltender was excellent. But like I said, defensively, we had some breakdowns in front of our net, we didn’t defend hard enough. A couple of guys in that second period or third period had a tough time, they got beat and didn’t manage the puck,” he added. “And (players) in and out of the lineup that doesn’t help their cause, to be honest with you. We expect better. And we expect a goalie to bail us out at times when we break down because I think when we look at it, there wasn’t a lot of breakdowns.”

Jeremy Swayman allowed four goals on 28 shots in the loss.

— Cassidy was not thrilled with the lack of aggression on power plays.

“We were static, really, really static lately,” Cassidy said. “And even with (Pastrnak) it’s been a problem, our power plays used to snap it around. We’ve gotten to the point where it’s too much hold it, look, look, look and we’ve got to start moving the puck to open up some of those plays we typically make. So I thought the third period we did a better job. The five-on-four with the goalie, you know what I mean? All that stuff. The puck started to move a little more as opposed to one guy trying to make the play all the time. So that that’ll be our focus (in practice on Thursday).”

— Patrice Bergeron thought Pastrnak’s absence was a factor in the hesitant play Cassidy spoke about.

“We could have taken advantage of a few things that we did, by being too stagnant or hesitant, I guess with the puck, I think our breakouts weren’t clean,” Bergeron said in a team-provided video. “So I think obviously, if you miss a guy like that (Pastrnak), I mean, he’s one of the best shooters in the world and teams have to respect that and it kind of opens up different things when he’s out there.”

After a back-to-back, the Bruins will not return to the ice until Friday, when they take on the Tampa Bay Lightning with puck drop set for 7 p.m. ET. 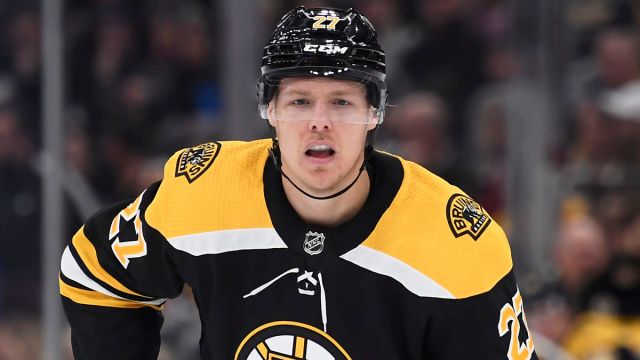 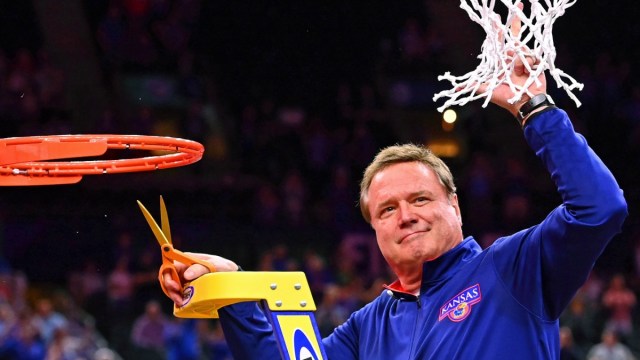