Jake DeBrusk signed a two-year contract extension with the Bruins ahead of the NHL trade deadline, and in the weeks since, the newly-minted top-line winger is looking like a player Boston would like to have around for those seasons (and perhaps even then some).

DeBrusk led the Bruins to victory on Monday against the Columbus Blue Jackets as the forward logged the first Bruins goal of the game — tying things 1-1 in the first period — then potted the overtime winner to seal the 3-2 win.

The goals were the 20th and 21st of the season for DeBrusk.

“Any time you can help contribute, help the team win, especially around this time of the year with the playoff push, it’s always really nice and it’s something that gives you confidence. I’ve gotten some great looks. It was a great play by (Hampus Lindholm) in overtime to step up there. I just had to beat the goalie and was lucky enough to get it.”

Lindholm spoke highly of DeBrusk following the win in an appearance on NESN’s postgame coverage.

The recent surge is coming at the right time for the Bruins, but DeBrusk said he isn’t surprised to be finding his way following a slower stretch.

Apart from the contributions that appeared on the scoresheet, DeBrusk showed up in a big way for his teammate when he stepped into a scrum between Brad Marchand and Blue Jackets defenseman Andrew Peeke. Peeke was on the receiving end of a big hit from Marchand that allowed DeBrusk to score his first goal of the night, and when the Blue Jackets player tried to get Marchand back, DeBrusk got involved.

“We’ll stand up for each other, especially our top players,” DeBrusk said. “I thought that overall the game didn’t get too out of hand by any means … raised the intensity. It was a fun game to play in. I think it brings you closer as a team.”

Here are more notes from Monday’s Bruins-Blue Jackets game:
— The Bruins lost both Trent Frederic (upper-body) and David Pastrnak (undisclosed) to injuries in the second and third period, respectively, but head coach Bruce Cassidy did not provide any updates in speaking to reporters following the win.

— Boston’s recent surge (the B’s are 17-3-1 in their last 21 games) has catapulted the team toward the top of the Atlantic Division. The Bruins are tied with the Tampa Bay Lightning for third in the standings with 93 points.

“We know we’re in a battle,” Cassidy said. “We could finish fourth, could finish as high as second. I guess the way Florida’s going it doesn’t look like anybody will catch them. We know we’re in the mix there somewhere. We’ve done a good job of taking care of business here. The last stretch, when you get into the dog days of late February, March, we’ve done our share of winning. So we separated ourselves from certain teams. We’re right there with them and we’re going to be right there with them in the end.”

Yeah, this should be fun.

— The Bruins return to action Tuesday against the Detroit Red Wings. Puck drop is scheduled for 7:30 p.m. ET, and you can watch an hour of pregame coverage live on NESN. 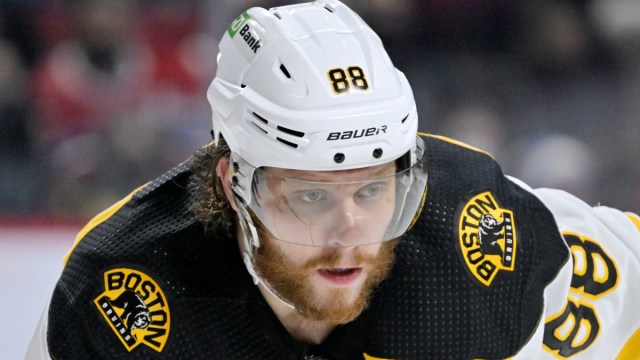 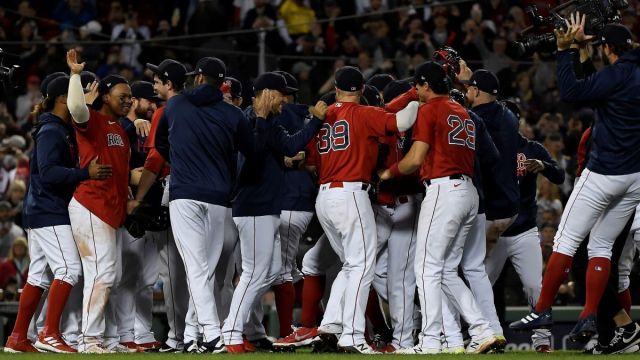