The Boston Bruins and the Pittsburgh Penguins played their second game in three nights on Thursday at PPG Paints Arena. The Penguins came out victorious in the second outing, 4-0.

ONE BIG TAKEAWAY
The Bruins were without David Pastrnak, Hampus Lindholm and Linus Ullmark entering Thursday’s matchup, and the B’s were unable to fill in their absences.

Penguins’ leading goal scorer Jake Guentzel scored a hat trick on Thursday, scoring the opening goal at the 7:49 mark of the first period. The goal came after Bruins goaltender Jeremy Swayman made a remarkable save to prevent Chad Ruhwedel’s shot from going through, but moments later, Guentzel’s shot blasted past Swayman.

The Bruins tried to make a comeback in the third period, but even after outshooting the Penguins 52-32, they were not able to find the back of the net. Guentzel scored his third goal after the Bruins pulled Swayman in the waning minutes of the game.

STARS OF THE GAME
— Guentzel tallied his fifth hat trick of the year, kicking off his scoring output with the opening goal of the game.

— Goaltender Casey DeSmith maintained the shutout for the Penguins with 51 saves. It was DeSmith’s third shutout of the year.

UP NEXT ON NESN
The Bruins will return to TD Garden on Saturday to take on the New York Rangers. Puck drop is scheduled for 3:00 p.m. ET, and the game will air on ABC and ESPN+. Coverage returns to NESN on Sunday as the B’s travel to take on the Montreal Canadiens. 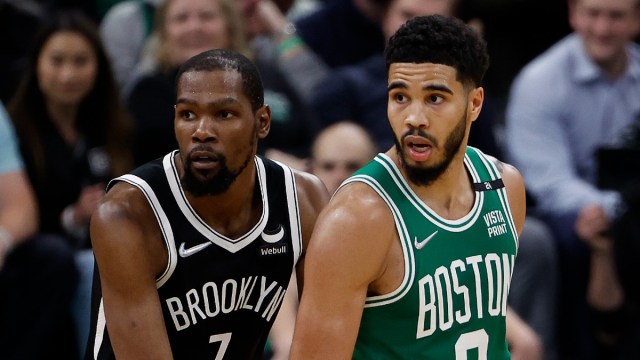 Here’s When Celtics Would Play Potential Game 5 In Series Vs. Nets 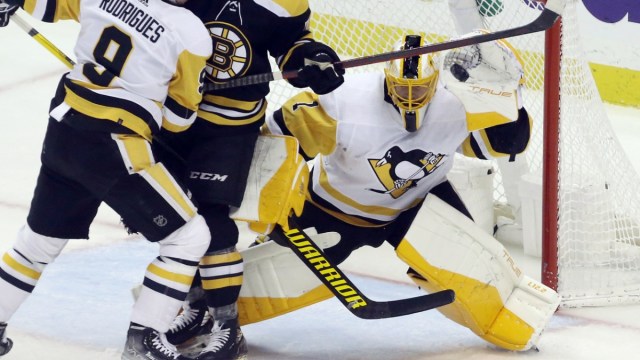