Bruins Wrap: Three Goals Prove To Not Be Enough Vs. Red Wings Skip to content

The Bruins fell to the Detroit Red Wings 5-3 on Tuesday, in part due to an incredible performance by goalie Alex Nedeljkovic, who refused to give in to the relentless pressure applied by Boston. The B’s got an insane 50 shots on net in the loss.

ONE BIG TAKEAWAY
The Bruins just did not have enough juice to take down the Red Wings in what some would call a trap game. The Black and Gold were tasked with facing a below .500 team in the second half of a back-to-back.

Boston came out of the gate hot and promptly scored two goals in the first frame. It would only take until 5:46 into the second for the Red Wings to tie the game. From there, it was essentially all Detroit, as Nedeljkovic would not allow anything by him.

Patrice Bergeron scored 17:24 into the final frame to make it a one-score game but his efforts were simply too late.

Goals by center Erik Haula, defensemen Bradon Carlo and Bergeron would not be enough in this one.

STARS OF THE GAME
— Haula’s opening score gave the Bruins some early life. It was his 13th goal on the season in what has been a hot stretch for the center.

— Carlo made a phenomenal shot, blowing a slapshot by Nedeljkovic and the Red Wings defense. His shrug capped off an impressive goal, giving the team a 2-0 lead early.

— Nedeljkovic was on fire following a rocky start. He finished the game with 47 saves and a .940 save percentage.

WAGER WATCH
Oddsmakers set Haula as the first scorer at +2000 on DraftKings Sportsbook. A $100 bet would have paid out $2,000 as the center gave the Bruins a lead early in the first period.

UP NEXT ON NESN
After a back-to-back, the Bruins will not return to the ice until Friday, when they take on the Tampa Bay Lightning with puck drop set for 7 p.m. ET. Pregame coverage starts at 6 p.m. ET on NESN. 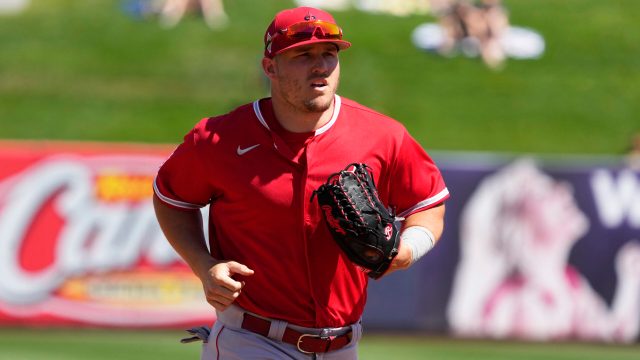 Angels Optimistic Mike Trout Will Be Available For Season-Opener vs. Astros 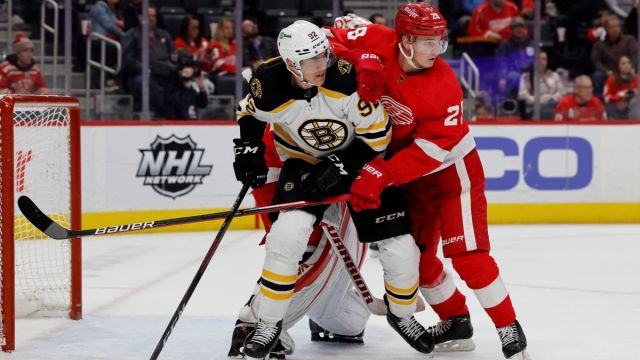