It’ll be Denver and Minnesota State in the men’s hockey championship Saturday as both teams won their semifinal games when Frozen Four play began at TD Garden on Thursday.

Denver took favored Michigan to overtime, with Carter Savoie sending home the winner at 14:53 of overtime to earn the 3-2 victory over the Wolverines.

The two sides had traded goals in regulation, with Denver scoring first early in the opening frame. Michigan equalized the game at 2-2 with 11 minutes left to play but could not keep the momentum going in overtime.

The Pioneers will be battling for their ninth championship, a figure that would match Michigan for the most all-time.

“When we talk about what we want to do at Denver, it’s about winning championships and getting opportunities to hang banners,” Denver coach David Carle told reporters after the win, via The Associated Press. “To have this opportunity is very special. To do it against Michigan, who is at nine and we’re at eight, is even sweeter.”

Minnesota State, which fell out of championship contention in the Frozen Four semifinal round in 2021, got the monkey of its back with a dominant 5-1 victory over Minnesota in the second semifinal game. And the Mavericks did so in comeback fashion, scoring five unanswered goals after trailing 1-0 early.

The Mavericks got all five goals from different skaters, but centers Ondrej Pavel and David Silye both had two-point nights in the victory, which gave Minnesota State its first-ever appearance in the national championship game.

Who’s Playing Well?
Denver’s Bobby Brink, the top scorer in the nation, added to his point total on Thursday. He was credited with an assist on the game-winning goal. He leads the country in both assists (43) and total points (57).

Local Spotlight
Hockey East teams may have been bounced from the national tournament, but there has been plenty of news as the offseason began locally. The reigning Hockey East Player of the Year, Massachusetts star Bobby Trivigno, signed with the New York Rangers. Northeastern’s Jordan Harris also inked an entry-level deal with the Montreal Canadiens.

According to a report from The Buffalo News, Northeastern netminder Devon Levi declined an offer from the Buffalo Sabres to sign an entry-level contract and instead will return to the Huskies for his junior season.

On the coaching circuit, Boston University parted ways with Albie O’Connell after the program alumnus completed his fourth season with the Terriers.

The awards ceremony will begin at 6 p.m. ET and will be streamed on NHL Network. 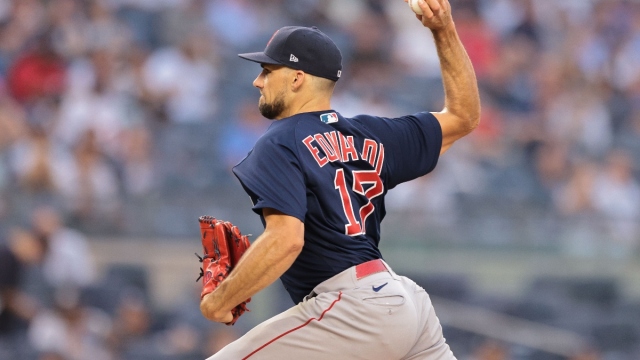 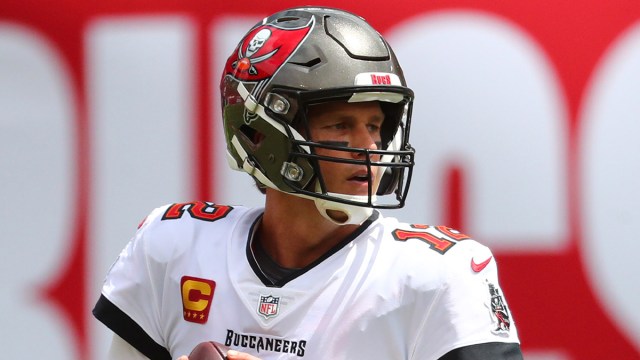 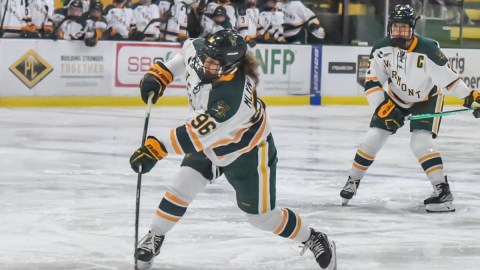