College Hockey Notebook: What To Watch For In Frozen Four Matchups Skip to content

The men’s Frozen Four is days away, with semifinal play scheduled to kick off Thursday at TD Garden. The top teams in the men’s game will descend on Boston for the final games of the NCAA men’s hockey tournament, which follows the same single-elimination format as the rest of the tournament thus far.

In a battle of No. 1 seeds, Michigan and Denver will kick things off Thursday at 5 p.m. ET, while No. 2 Minnesota is scheduled to take on No. 1 Minnesota State in the nightcap at 8:30 p.m. The winners will advance to the championship game, scheduled for April 9 at 8 p.m.

Michigan hasn’t reached this stage of the tournament since 2018, and ended up hardly getting there since the Wolverines had to stave off comebacks from American International and Quinnipiac in earlier rounds of the tournament. Denver had two close wins, besting UMass Lowell and Minnesota Duluth by one goal apiece.

The Wolverines are flowing with talent — Owen Power and Matty Beniers, the top two picks in the 2021 NHL Entry Draft, are on the squad, along with No. 4 pick Luke Hughes and No. 5 pick Kent Johnson. Beniers leads the team with 43 points, but Brendan Brisson, who played for Team USA at the 2022 Beijing Olympics, is right behind him with 42 points.

Denver is led by Philadelphia Flyers draft pick Bobby Brink, who recently was named one of three finalists for the Hobey Baker Award as the top player in men’s college hockey. His 56 points and 42 assists are the best in the nation.

The second semifinal game is historic, with two in-state rivals battling it out for a trip to the national championship. Minnesota never has played another team from the state in the Frozen Four.

Minnesota has not reached the Frozen Four since 2014. This time it will be led by Ben Meyers, a Hobey Baker Award finalist who has 17 goals and 24 assists on the season.

Minnesota State is looking for revenge, having fallen in the semifinals of last year’s tournament. Goaltender Dryden McKay, who also is a Hobey Baker finalist, is 37-4-0 and boasts a 1.28 goals against average and .934 save percentage. He earned is 10th shutout of the season in a 1-0 victory over Notre Dame in the regional final.

As of Friday, Michigan has the best odds to win the tournament at +150, with Minnesota State listed at +275 at DraftKings Sportsbook. But even Minnesota as a fighting chance, as even with the farthest odds, they are not far off at +380.

The Frozen Four slate, previewed above, came together as the six New England teams involved in the tournament (including five programs based in Massachusetts) were knocked out in the first rounds of the tournament.

Quinnipiac was the region’s only hope in quarterfinal play, and it nearly mounted a comeback against top-seeded Michigan but eventually fell 7-4 to drop out before the field narrowed to four.

Local Spotlight
Boston College product Marc McLaughlin had quite the debut with the Bruins on Thursday night. The Billerica, Mass., native, who in March signed an entry-level deal as an undrafted free agent, got on the board late in Boston’s 8-1 thrashing of the New Jersey Devils.

Naturally, he had plenty of family and friends on hand to celebrate.

At the end of the day, that’s what it’s all about.

National News
OK, so maybe this is more local news than national — but it’s national in a sense that women’s hockey teams across the country should be on watch.

Northeastern is bringing back a slew of players for a fifth season in 2022-23. The Huskies certainly will be reeling from the loss of goaltender Aerin Frankel and star defender Skylar Fontaine, among others. But international stars Chloe Aurard and Alina Mueller will be back up front with Maureen Murphy, the nation’s top scorer, while Mia Brown is back on the blue line.

The returns could set up another run to the national tournament for Northeastern, which followed up its 2021 runner-up finish with a quarterfinal exit in 2022. 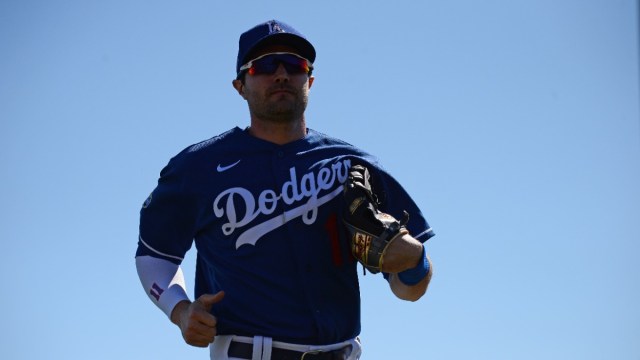 What To Make Of Red Sox’s Rumored Interest In A.J. Pollock Before Trade 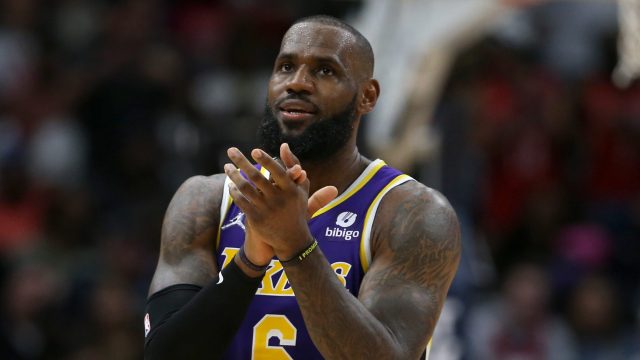