The 49ers boast one of the most dynamic offensive players in all of football, but he reportedly no longer wants to play in San Francisco.

Deebo Samuel on Wednesday told ESPN’s Jeff Darlington he wants to be traded by the team that drafted him 36th overall in 2019. The news comes on the heels of several reports indicating Samuel and the 49ers are not on the same page about a contract extension

Samuel’s trade request might be puzzling to some. After all, San Francisco’s head coach is one of the most creative offensive minds in the game and the Niners potentially have one of the NFL’s next great quarterbacks already in house. During an appearance on NFL Network’s “NFL Now,” Ian Rapoport shed light on what’s fueling Samuel’s desires.

“The reason for that, from my understanding, is he simply wants to be elsewhere,” the NFL Media insider said. “There are some questions and frustrations from his standpoint about his usage. He’s a top receiver, he also takes a lot of hits — used like a running back, put all over the field. It just does not sound like he’s comfortable as of right now with the way he’s being used. I’m not sure, at this point, the 49ers are going to trade him. We’ll see what they end up doing. They don’t have to, but they also don’t pick until late in the second round. So potentially, if they want a first-round pick, this would be a pretty good way to get one.”

Samuel is in a tricky spot. His unprecedented versatility is what makes him such a valuable asset and likely will prove to be a major factor in his impending lucrative contract. But the 26-year-old can’t all be faulted for keeping his long-term interests in mind and continuing to work steadily as a running back does not bode well for a lengthy NFL career.

The trade request very well could be Samuel putting pressure on the 49ers to meet all of his demands. But if he’s hellbent on leaving the Bay Area, John Lynch and company will need to act fast before April 28, when the 2022 NFL Draft begins. 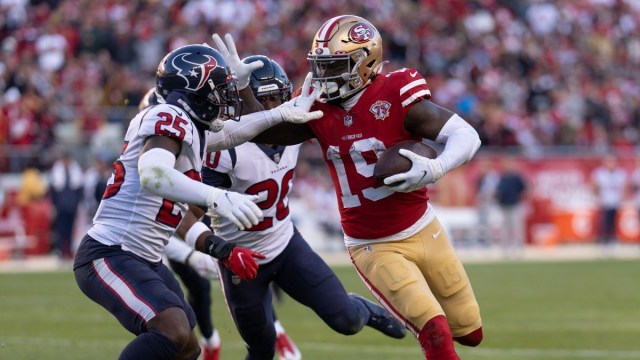 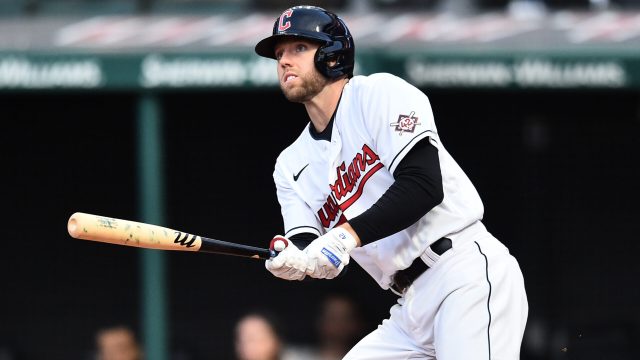