The Boston Celtics are one of the best teams in the NBA.

They ranked first in defensive rating (106.2) and ninth in offensive rating (113.6) during the regular season, good for a net rating (7.4) that trailed only the Phoenix Suns (7.5), a 64-win juggernaut that finished eight games above the second-place Memphis Grizzlies in the Western Conference standings.

But word to the wise: Don’t fall into the trap.

While the C’s surged in the second half, orchestrating a remarkable turnaround en route to the second seed in the Eastern Conference, there’s still no way Boston will reach the NBA Finals.

Why? Here are four reasons.

1. The tough road
The East is wide open. And the Celtics really didn’t do themselves any favors by playing hard until the end of the regular season and securing the No. 2 seed, as they’ll now face the Nets in the first round after Brooklyn defeated the Cleveland Cavaliers in the Play-In Tournament. The Nets, led by Kevin Durant and Kyrie Irving (and potentially Ben Simmons?), are not a typical No. 7 seed.

Let’s say the Celtics outlast the star-studded Nets. They next might be tasked with dethroning the reigning NBA champion Milwaukee Bucks, led by Giannis Antetokounmpo. After that, it could be on to the Miami Heat or the Philadelphia 76ers. The Heat are a problem, evidenced by their No. 1 seed, and the Sixers, spearheaded by Joel Embiid and James Harden, finished with the same record (51-31) as Boston.

Basically, the Celtics are jumping right into the deep end and can’t afford to stop paddling.

2. Robert Williams’ injury
Williams underwent knee surgery March 30, at which point the Celtics announced he was expected to miss four to six weeks. Based on that timeline, it’s possible Williams returns at some point against the Nets, although the more likely scenario is he comes back in the second round — if Boston advances.

Williams is so important to everything the Celtics do, offensively and defensively, and while they weathered his absence down the stretch, who’s to say it won’t finally catch up with Boston in the postseason when the intensity kicks up a notch? And if Williams returns, will he be as explosive around the rim as he was before injuring his knee?

3. Scoring depth
We know Jayson Tatum is a stud. Ditto for Jaylen Brown, albeit a level below his All-Star teammate. But who else can the Celtics consistently rely on to go get a bucket in crunch time, especially if either of those players has an off-night or ends up in foul trouble? The Celtics have made significant offensive strides, thanks in large to better ball movement, but Boston still is top-heavy on that end of the floor.

4. Clutch woes
Maybe this is unfair to the Celtics, but are we really sure, despite their recent winning ways, that they’ve completely altered their DNA? After all, we’ve seen this before: The C’s thrive as scrappy underdogs, only to struggle as the hunted. Games are going to tighten up in the playoffs, and Boston finished the regular season with a 13-22 record in clutch contests while ranking 26th in net rating, the worst such mark among NBA playoff teams. 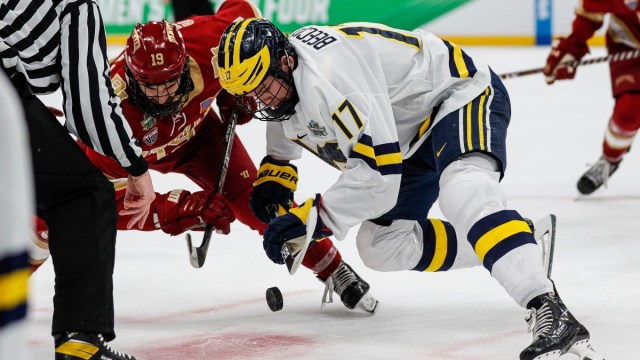