The Deebo Samuel situation with the 49ers is coming to a head, it seems.

The star wide receiver has requested that San Francisco trade him, ESPN’s Jeff Darlington reported Wednesday. The source for Darlington’s report is Samuel himself, who apparently told the ESPN reporter he didn’t want to reveal his reasons for wanting out of the only organization he’s known as a pro.

Samuel’s trade request, according to NFL Media’s Ian Rapoport, came more than a week ago, so this story going public is unlikely to surprise the 49ers. Rapoport added San Francisco has tried to lock Samuel into a long-term contract extension, but “he’s been unwilling to engage.”

And it’s not like there weren’t signs this was coming, either. Samuel did what every disgruntled athlete does these days, removing any and all mention of or reference to the 49ers on his social media platforms.

It’s no coincidence Samuel’s discontent comes amid a leaguewide adjustment of contracts. The Christian Kirk deal completely reset the market, and it led to massive paydays for players like Davante Adams and Tyreek Hill — from new teams, of course, with the Green Bay Packers and Kansas City Chiefs opting to trade each rather than paying them their new deals.

“The initial trend is that teams are going to let them go. I would be shocked if San Francisco lets Deebo out of the building,” a team executive recently told The Athletic’s Jeff Howe. “That’s my opinion right now. But if you’re looking and trying to figure it out, don’t just ask, ‘Is the receiver that good?’ Look at everything else around the team — the quarterback situation and how much he’s getting paid, the coach situation. All those external things are going to factor into the decision on the receiver.”

Samuel, who is set to make less than $5 million in 2022, reportedly seeks a massive raise.

There’s no denying Samuel is a stud, though. He just had by far the best season of his young career, earning All-Pro honors in his third year behind 77 catches for 1,405 yards and six touchdowns. San Francisco also used him a ton in the running game, with Samuel averaging 6.2 yards per carry.

Only Justin Jefferson and Cooper Kupp averaged more yards per touch than Samuel in 2021. 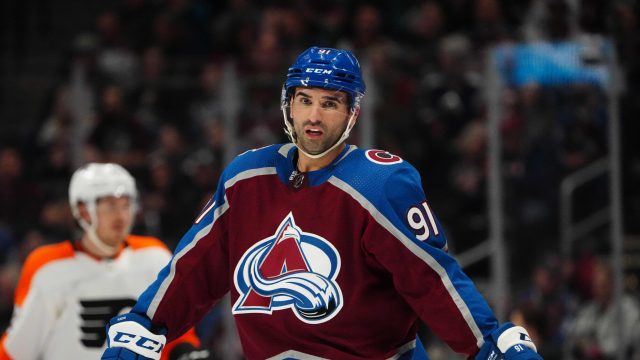 Nazem Kadri Back in the Colorado Avalanche Lineup Wednesday 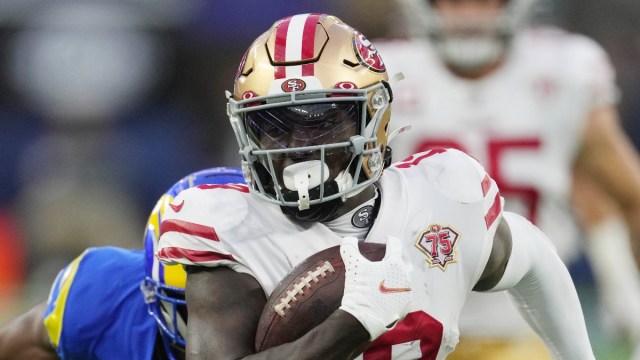