There’s a really good chance you know nothing about Cole Strange and haven’t spent one second watching him play football.

So, let’s change that.

The Patriots on Thursday night used the 29th pick in the 2022 NFL Draft to select Strange, an interior offensive lineman out of Chattanooga. Strange, whom we had going to New England in our final mock draft, was viewed by some as a third-rounder — including us.

So, what’s 6-foot-5, 307-pound guy all about? Check out some of Strange’s college highlights in the video below:

Here’s what NFL Media’s Lance Zierlein wrote of Strange ahead of the draft:

Highly experienced interior lineman who does a nice job of staying on schedule. He shines over the first two phases of the block, which means he gains early positioning and gets into the sustain phase with proper hand usage and footwork. He will lose a tug-of-war battle as a pure man-to-man blocker, but wins with lateral quickness and an understanding of angles as a move blocker. A snappier pass punch is needed to prevent sub-package rushers with hand talent from bypassing him too easily. His frame and play strength are a little below average, but he has done some snapping in practice, so he could land as a future starting center for a zone-happy rush offense.

It remains to be seen whether Strange will play guard or center (or both) in the pros. The Patriots have a need at guard following the departures of Ted Karras and Shaq Mason, and also lack center depth behind David Andrews. 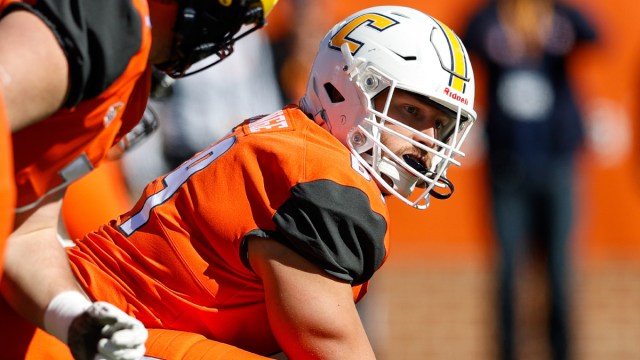 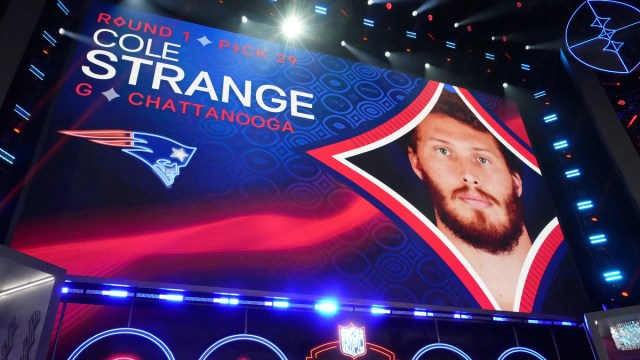