DAY 1 (ROUND 1)
Chris Olave, Ohio State
6 feet, 187 pounds
2021 stats: 63 catches, 936 yards, 13 touchdowns
A silky smooth route-runner with above-average ball skills, footwork and alignment versatility, Olave is one of the top receivers in this year’s class and could be long gone by the time the Patriots make their first pick at No. 21 overall. He’s been compared to Terry McLaurin, the fellow former Ohio State wideout who now stars for the Washington Commanders, and checks multiple Patriots prospect boxes as a team captain who had an active role on special teams.

Jameson Williams, Alabama
6-foot 1 1/2, 179 pounds
2021 stats: 79 catches, 1,572 yards, 15 touchdowns
If he hadn’t torn his ACL in the national championship, Williams almost certainly would have been drafted in the top half of the first round, if not the top 10. Even with the injury, he could be gone by the time the Patriots come on the clock. Williams was phenomenally productive in his lone season at Alabama, leading the SEC in receiving yards and scoring four 70-plus-yard touchdowns. His speed is elite — though his rehab prevented him from showcasing it during the pre-draft process — and should make him a dangerous big-play threat at the next level, assuming he recovers properly. And, of note from a Patriots perspective, he also continued to contribute as a gunner on special teams even as he became the Crimson Tide’s top wideout.

Jahan Dotson, Penn State
5-foot-11, 178 pounds
2021 stats: 91 catches, 1,182 yards, 12 touchdowns
Coming off one of the best seasons ever by a Penn State wideout, there’s a lot to like about Dotson, a versatile player who boasts great hands, route-running chops and mid-air ball skills. His combine workout wasn’t fantastic — with an especially sluggish 7.28-second time in the three-cone drill –and his lack of size could become an issue against more physical NFL defenders, but The Athletic’s Dane Brugler wrote that Dotson has “maybe the largest catch radius of any sub-5-foot-11 receiver I have ever scouted.” He also was Penn State’s primary punt returner for the past two seasons.

Treylon Burks, Arkansas
6-foot-2, 225 pounds
2021 stats: 66 catches, 1,104 yards, 11 touchdowns
A muscled-up beast with the ball in his hands, Burks put up big numbers in the best conference in college football, including an eight-catch, 179-yard, two-touchdown explosion against Alabama. He’s big, fast, strong and versatile, but route-running isn’t his forte, and much of his production at Arkansas came on schemed-up screens and other catch-and-run plays. The Patriots might be hesitant to use a first-round pick on that type of player after their failed N’Keal Harry experiment.

John Metchie, Alabama
5-foot-11, 187 pounds
2021 stats: 96 catches, 1,142 yards, eight touchdowns
Teams like Cincinnati (Joe Burrow/Ja’Marr Chase) and Miami (Tua Tagovailoa/Jaylen Waddle) have found success by reuniting their young quarterbacks with familiar collegiate pass-catchers. The Patriots could look to do the same for Mac Jones by drafting Metchie, who posted a 55-916-6 receiving line while playing alongside the New England signal-caller in 2020. Like Williams, Metchie is coming off a torn ACL, but he suffered his a month earlier (early January in the SEC Championship) and said he expects to be full-go in time for training camp.

Christian Watson, North Dakota State
6-foot-4, 208 pounds
2021 stats: 43 catches, 801 yards, seven touchdowns
One of this year’s biggest pre-draft risers, Watson impressed at the Senior Bowl and had an excellent combine workout, vaulting him from under-the-radar FCS standout to fringe first-rounder. Watson averaged 20.4 yards per catch, 8.0 yards per rush (49 career attempts) and 26.4 yards per kick return (26 career attempts) at NDSU. The big question with any small-school prospect like him is whether he’ll be able to replicate that production against much better NFL competition. And after trading for veteran DeVante Parker, who now projects as their starting X receiver, the Patriots could be more interested in a smaller slot type in this year’s draft.

George Pickens, Georgia
6-foot-3, 195 pounds
2021 stats: five catches, 107 yards, no touchdowns
A former five-star recruit, Pickens looked like a future first-round pick before a torn ACL last spring cost him most of his final season at Georgia. He returned to play in four games for the national champion Bulldogs but managed just five total catches. That injury history, coupled with Pickens’ tall and slender frame, makes him a risky prospect. His talent is obvious, though, especially in contested-catch situations. If he can stay healthy and clean up his route-running, he has No. 1 receiver potential.

Wan’Dale Robinson, Kentucky
5-foot-8, 178 pounds
2021 stats: 104 catches, 1,334 yards, seven touchdowns
Will the Patriots be turned off by Robinson?s diminutive stature? Perhaps. But he plays bigger than his size, piling up stats in his one season in the unrelenting SEC after transferring in from Nebraska. Robinson was PFF’s highest-graded wide receiver against press coverage in 2021. He’d be a quick, explosive and slippery option for the Patriots in the slot with the potential to be used in more creative ways, too, as some evaluators believe he can develop into a miniature version of Deebo Samuel.

Khalil Shakir, Boise State
6 feet, 197 pounds
2021 stats: 77 catches, 1,117 yards, seven touchdowns
NFL Media’s Lance Zierlein calls Shakir “a coach’s dream, combining competitive nature, exciting versatility and elite character on and off the field.” Sounds a lot like a Patriot. Shakir had three seasons of quality production at Boise State and showed an ability to contribute in multiple ways (71 carries, 414 yards, four touchdowns in college), but New England would need to overlook his lackluster 7.28 three-cone time, which falls short of their usual standard. A Patriots assistant was seen chatting with Shakir at his pro day.

Bo Melton, Rutgers
5-foot-11, 189 pounds
2021 stats: 55 catches, 618 yards, three touchdowns
A strong candidate to restart the once-flourishing Rutgers-to-New England pipeline, Melton played under Belichick buddy Greg Schiano in college and was the Scarlet Knights’ leading receiver in each of his final three seasons. He’s a two-year captain who played in the Senior Bowl, ran well at the combine (4.34-second 40, 6.98-second three-cone) and profiles as an instant contributor on special teams, even if he never develops into a viable offensive weapon at the NFL level.

Slade Bolden, Alabama
5-foot-11, 193 pounds
2021 stats: 42 catches, 403 yards, three touchdowns
In many ways, Bolden seems like the perfect late-round Patriots flier given his Alabama pedigree; strong friendship with Jones, his former roommate; experience playing under ex-Pats offensive coordinator Bill O’Brien; sure hands and toughness; and extensive special teams experience. But he failed to distinguish himself in an uninspiring combine workout, and might be more likely to enter the NFL as an undrafted free agent. 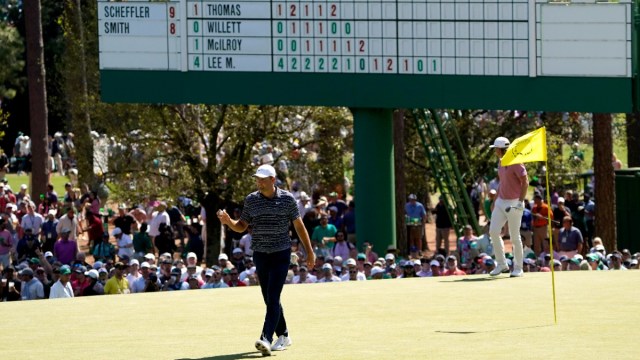 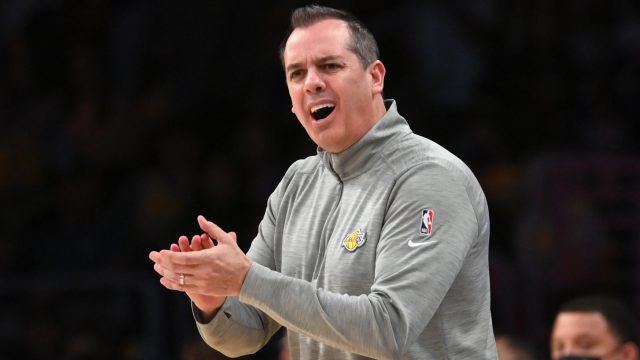