Up next: running backs.

(All stats via Dane Brugler’s 2022 NFL Draft guide for The Athletic.)

DAY 1 (ROUND 1)
None
Most mock drafts don’t have a running back coming off the board until late in Round 1 at the earliest. Some don’t see a running back taken until midway through the second round. The contract status of Damien Harris (free agent next offseason) has some (this writer) wondering whether the Patriots could target Rhamondre Steven’s eventual new co-pilot in this draft, but there’s no way New England takes a running back in the first round. It’s just not happening.

DAY 2 (ROUNDS 2-3)
Isaiah Spiller, Texas A&M
6 feet, 217 pounds
2021 stats: 1,011 rush yards and six TDs, 25 catches for 189 yards and one TD
There really are four approaches the Patriots could take if they want to select a running back: find a high-level replacement for Harris; draft a solid eventual backup for Stevenson and/or Harris; identify the next James White; or take a late-round flier on a player with upside and see what happens. Drafting Spiller would satisfy the first criteria. A three-year starter for the Aggies, Spiller is a well-rounded back who is viewed as having great potential in the passing game. Still, it’s hard to imagine the Patriots reaching this high for a back, given all the needs on their roster.

Tyler Allgeier, BYU
5-foot-11, 224 pounds
2021 stats: 1,601 rush yards and 23 TDs, 28 catches for 199 yards
Highly productive at BYU, Allgeier is a bruising, physical running back with solid elusiveness. He also is a talented pass-catcher, something that should endear him to the Patriots. If New England wants to replace Harris with a running back similarly capable of running with toughness and attitude, Allgeier would be a solid choice. However, if Allgeier is destined to be taken in Round 3, it likely won’t be the Patriots calling his name.

DAY 3 (ROUNDS 4-7)
James Cook, Georgia
5-foot-11, 199 pounds
2021 stats: 728 rush yards and seven TDs, 27 catches for 284 yards and four TDs
This is where things could get interesting. The Patriots recently hosted Cook on a top 30 visit, and we had New England taking the Georgia product in one of our recent mock drafts. Cook draws rave reviews for his route-running and was great in the passing game at Georgia. He could be a long-term replacement for White if the Patriots don’t believe J.J. Taylor is up to the task.

D’Vonte Price, FIU
6-foot-1, 210 pounds
2021 stats: 682 rush yards and six TDs, 10 catches for 83 yards
Price averaged 5.9 yards per carry behind an iffy FIU offensive line and has potential in the passing game, as well as on special teams. He played on every special teams coverage snap over his first three years in college, making it easy to imagine him earning a role on the Patriots, who no longer have Brandon Bolden at their disposal. He did have some ball-security issues at FIU, fumbling five times (twice as a senior).

Max Borghi, Washington State
5-foot-9, 210 pounds
2021 stats: 880 rush yards and 12 TDs, 16 catches for 156 yards
Many experts believe Borghi could go undrafted, so the Patriots might not have to use a draft pick on the Washington State product. He caught 156 passes in college and could develop into a passing-game threat in the pros. Brugler wrote this of the diminutive Borghi: “He is a poor man’s Danny Woodhead who can make an NFL roster as a change-of-pace option.” 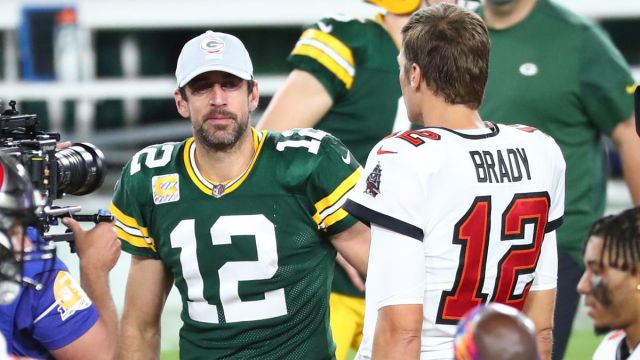 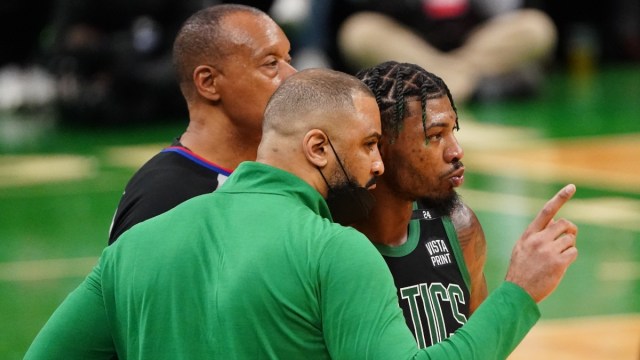