With DeVante Parker, Patriots Could Have Best Receiver Group In Years Skip to content

For all the hot takes and negative commentary, the reality is the New England Patriots might have their best receiver group in nearly a decade.

In fairness, the current depth isn’t set in stone. With N’Keal Harry seemingly headed for an exit, Nelson Agholor potentially looking at a decreased role and the possibility of New England taking a wideout in the 2022 NFL Draft, the receiver group likely will change by the end of August.

But, for now, let’s assume some combination of Agholor, DeVante Parker, Kendrick Bourne, Jakobi Meyers, Hunter Henry and Jonnu Smith will be the primary pass-catchers next season. You can lump running backs James White, Damien Harris and Rhamondre Stevenson into that group, too. We’ll see what kind of role running back/receiver hybrid Ty Montgomery has, if any.

That group of players carries its fair share of “ifs,” but it also has a very high ceiling. In fact, you could argue it has the highest ceiling of any collection of Patriots pass-catchers since 2014, a season that saw New England beat the Seattle Seahawks in Super Bowl XLIX.

Agholor racked up 896 yards and eight touchdowns in 2020 and is a better player than he showed in his Patriots debut. Parker, whom the Patriots acquired in a trade over the weekend, caught 72 balls for 1,202 yards and nine touchdowns in 2019. Bourne, 26, just put together his first 800-yard campaign and only should get better moving forward. The same is true for Meyers, who might project as New England’s No. 4 wideout despite leading the Patriots in catches (83) and yards (866) last season. Henry in 2021 tied Travis Kelce for the NFL lead with nine TD receptions from a tight end. Smith, also 26, only is a couple of seasons removed from catching 41 balls for 448 yards and eight touchdowns with the Tennessee Titans. White might be the best pass-catching back in Patriots history, and Harris and Stevenson both can be dangerous in the passing game.

Of course, almost all of those players carry question marks. Are Aghlor and Smith’s rough 2021 seasons indicative of poor fits in the Patriots offense? Can Parker, who only has played one full season, stay on the field? Can Henry, for that matter? Were Meyers and Bourne’s strong campaigns the result of real talent, or high target shares in an offense lacking elite weapons? Does White have anything left in the tank after suffering a serious hip injury? Can Harris and Stevenson generate enough trust in blitz pickup to earn playing time in passing situations?

Still, you’d be hard-pressed to find another group of Patriots pass-catchers that possessed a similar blend of statistical history, current production and future optimism.

Obviously, no players currently on the roster compare to Rob Gronkowski and Julian Edelman. Furthermore, Brandin Cooks is more proven than any receiver on New England’s roster, and only Parker can claim to have a better season than the one Cooks delivered for the Patriots in 2017. But some of the other pass-catchers from the last decade? Neither Chris Hogan nor Danny Amendola ever eclipsed 700 receiving yards. Martellus Bennett at his peak basically was as productive as Henry, if not a little bit better. Phillip Dorsett was OK, as was Cordarrelle Patterson. Malcolm Mitchell impressed as a rookie but ultimately only posted 401 receiving yards. Josh Gordon never reached the heights of his days with the Cleveland Browns. Aaron Dobson and Kenbrell Thompkins were, well Aaron Dobson and Kenbrell Tompkins.

Let’s also not discount the variable of Tom Brady elevating everyone around him.

Again, the 2014 group probably beats the current one, at least on paper. That team had Edelman, the kind of quick slot receiver whom the Patriots still lack, Gronkowski, Amendola (who admittedly didn’t do much), Brandon LaFell (953 yards) and Shane Vereen (52 catches, 447 yards). Even backup tight end Tim Wright enjoyed a better season than the one Smith just had.

The 2017 group also could make a compelling case despite Edelman missing the entire season with a torn ACL. Cooks and Gronkowski were excellent, and Amendola was effective in the slot. Hogan mixed in some good performances, particularly in the Super Bowl loss to the Philadelphia Eagles. White, Dion Lewis and Rex Burkhead all were threats in the passing game. However, we still give the edge to the current group.

Let’s quickly go over why we feel the same about the other six teams between 2014 and 2022.

2021: With the addition of Parker, the current receiver corps automatically is better.
2020: Not close. Edelman fell off the proverbial cliff and there was no tight end production. Meyers and Damiere Byrd were the most consistent receivers.
2019: Edelman and White were great, but no other pass-catcher surpassed 397 yards.
2018: Close, but Gronkowski was a shell of himself and Gordon was suspended from Week 15 through the postseason.
2016: Also close, largely due to Edelman being great and Bennett being a strong fill-in for Gronkowski. But we’ll take the current group’s talent over that of Amendola and Hogan.
2015: Too many injuries. Edelman missed seven games, Amendola missed two and LaFell missed five.

We’ll cut it off there, but you get the idea. That said, with the exception of 2011 and 2012 (Gronkowski-Aaron Hernandez duo) and the Randy Moss-Wes Welker years, the current Patriots pass-catcher group stacks up well with any others from the Bill Belichick era.

And the Patriots are spending like it. For all the talk about Belichick pinching pennies on offense, New England is devoting the third-most salary cap space to receivers and the most to tight ends, as pointed out by Tom E. Curran of NBC Sports Boston.

None of this is to say the Patriots now have one of the very best receiver groups in the NFL. They still lack both an elite outside option and a quick, dependable slot receiver. But an offense that finished sixth in scoring last season now is better and still has room to grow.

The Patriots have given Mac Jones a group of good, versatile pass-catchers with high ceilings. Let’s see what he — and the new-look offensive coaching staff — does with it. 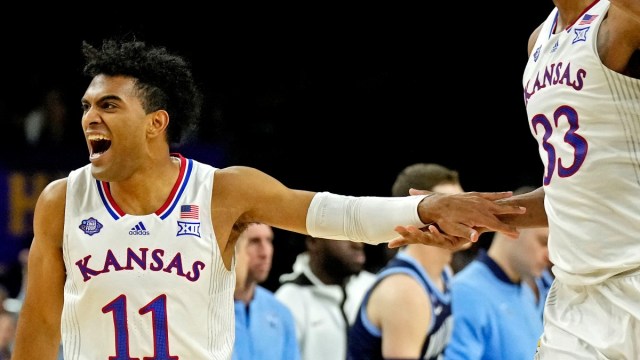 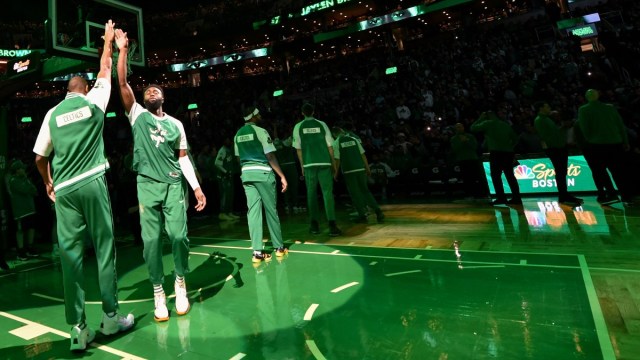