Every year, as the NFL draft approaches, there are a handful of prospects who cause Patriots fans to bust out all the Bill Belichick GIFs.

You know the ones we’re talking about:

Well, this year has been no different. In the leadup to the 2022 NFL Draft, there has been no shortage of unheralded, late-round prospects who check all those Patriots boxes, from positional versatility to playing lacrosse to being special teams heroes. And some just have the look of a traditional Patriots slot receiver.

So, without further ado, let’s go over the inaugural Belichick Binocular All-Stars:

Jared Bernhardt, WR/QB/KR (Ferris State)
Size: 6-foot-1, 189 pounds
2021 stats: 1,322 passing yards, 1,421 rushing yards, 37 total TDs
Belichick and Bernhardt might be a match made in heaven. If he were given truth serum, Belichick, who played lacrosse in college and high school, might admit that LAX is his favorite sport. And Bernhardt is pretty good at lacrosse, having set Maryland’s all-time goals record and in 2021 winning the Tewaaraton Award, college LAX’s version of the Heisman Trophy. He then joined Ferris State to play quarterback for one season, and ho-hum led the Bulldogs to a Division II championship as a dual-threat quarterback. Bernhardt reportedly has done at least one top-30 visit with an NFL team and plans to pursue receiving/kick returning in the pros. If you’re looking for historical precedent, look no further than Chris Hogan, who played lacrosse at Penn State before joining Monmouth University for one season as a quarterback/receiver/cornerback/special teamer. Of course, Hogan played in New England for three seasons.

Drew Hartlaub, S/ST (Penn State)
Size: 5-foot-11, 170 pounds
2021 stats: five tackles
With Matthew Slater nearing the end of his career, the Patriots might be in search of a new franchise special teams gunner, which very much is a thing in New England. Hartlaub might be the guy for the job. A special teams star for the Nittany Lions, Hartlaub is incredibly fast and athletic. At Penn State’s pro day, the stats recorded at which obviously carry caveats, Hartlaub posted a 4.22 in the 40-yard dash, a 4.15 in the 20-yard shuttle and a 6.75 in the three-cone drill. Those would’ve ranked first, second and fourth, respectively, at the 2022 NFL Scouting Combine, which Hartlaub wasn’t invited to. Oh, and a Patriots scout reportedly was seen speaking to Haurtlab after his impressive pro-day performance.

Connor Heyward, TE/RB (Michigan State)
Size: 5-foot-11, 233 pounds
2021 stats: seven rush yards, 35 catches or 326 yards and two TDs
After signing with the Las Vegas Raiders, Jakob Johnson claimed the Patriots are planning to ditch the idea of using a traditional fullback, a staple of the Belichick era. However, that doesn’t mean New England won’t utilize a player who can double as a tight end and lead-blocking H-back — you know, what 2020 third-rounder Dalton Keene was supposed to do. Due to injuries, Keene hasn’t amounted to much in the pros, potentially putting his roster spot in jeopardy. If the Patriots are looking for a replacement, Heyward would be a logical choice. A running back for much of his MSU career, Heyward converted to a tight end/H-back hybrid role in 2021 with promising results. He’s a strong athlete who can play multiple positions, something the Patriots love. Plus, during NFL Network’s combine coverage, draft expert Daniel Jeremiah said “just give him to the Patriots” while talking about Heyward.

E.J. Perry, QB (Brown)
Size: 6-foot-2, 211 pounds
2021 stats: 3,033 passing yards for 23 TDs and 14 INTs, 402 rushing yards with seven TDs
Belichick probably would love to have a player like Taysom Hill on an affordable contract, and Perry might present such an opportunity. Perry, who began his collegiate career at Boston College before transferring to Brown in 2019, recently was compared to the New Orleans Saints gadget QB by NFL Media draft expert Lance Zierlein. And it’s easy to see why. Perry led the Ivy League in total yards in both of his two seasons and is an exceptional athlete. The Andover, Mass., native posted the fastest short shuttle and three-cone times of any quarterback while ranking second in the 40-yard dash, broad jump and vertical jump, during an electrifying combine performance. Perry turned the ball over a lot in college and showed some iffy decision making, but this analysis from Zierlein is hard to ignore: “His toughness and talent as a runner create attention, as teams might ask Perry to add a few more pounds in order to see if he can become a valuable Swiss Army Knife who’s able to help at a variety of positions, including special teams.”

Kyle Philips, WR (UCLA)
Size: 5-foot-11, 189 pounds
2021 stats: 59 catches for 739 yards and 10 TDs
The Patriots need a slot receiver who can consistently get open, à la Julian Edelman and Wes Welker. Phillips might be that kind of player. Unlike the other players on this list, Philips has been mocked as high as the fourth round, so New England probably can’t wait until Round 7 or post-draft free agency to bring him in. But Phillips, who made 70% of his catches in 2021 within 10 yards of the line of scrimmage, might be worth a mid-round selection. “Overall, Philips is role-specific as an undersized, quicker-than-fast, slot-only target, but he has the ready-made skills to be productive in that role in the NFL,” The Athletic’s Dane Brugler wrote in his draft guide. “His punt-return ability only boosts his draft grade.”

D’Eriq King, QB/WR/KR (Miami)
Size: 5-foot-9, 196 pounds
2021 stats: 767 passing yards for three TDs and four INTs, 96 rushing yards
Like Perry, King recently visited the Patriots for a pre-draft workout. So, New England has shown at least some interest in the similarly versatile, athletic quarterback. King reportedly is willing to transition to receiver/kick returner in the pros, and he might have the athleticism to pull it off. While at Miami, he recorded at least one passing and rushing touchdown in 16 consecutive games, besting Tim Tebow’s FBS record. Before transferring to Miami, King played for University of Houston, whose coaches apparently considered him the team’s most dynamic receiver. He also is viewed as someone with great leadership skills and a high football IQ. He’s expected to go undrafted, making it easy to envision him eventually signing with the Patriots.

Honorable mentions
Troy Andersen, LB (Montana State)
As a projected second-rounder, Andersen isn’t your typical Belichick Binocular All-Star. But, given his background, he had to be in here somewhere. Splitting time between linebacker, quarterback and running back, Andersen led Montana State in rushing, passing and tackling in three different seasons. Expected to focus on linebacker in the pros, Andersen also carries upside on offense and special teams.

Tyler Vrabel, OT (Boston College)
While he doesn’t carry the versatility of other players on this list, Vrabel, son of Patriots legend Mike Vrabel, meets the criteria of being someone who would be an entirely unsurprising New England draftee. He was a three-year starter at left tackle for Boston College, which featured one of the best offensive lines in college football. Vrabel recently visited the Patriots for a workout and is expected to be taken in the seventh round or go undrafted. 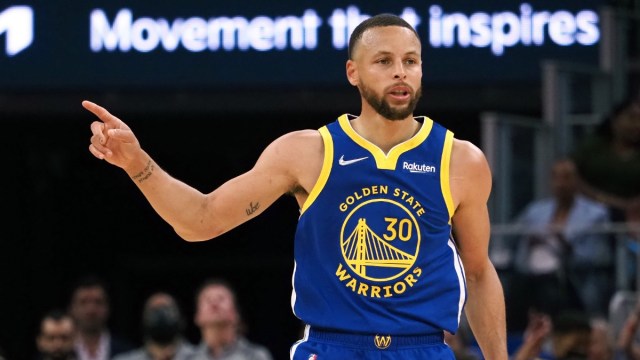 These NBA Superstars Impact Point Spreads More Than Anyone Else 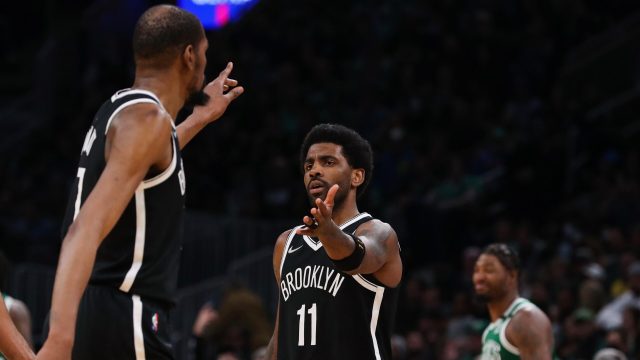 How to Bet the NBA Playoffs: A Guide for First-Time Bettors