The throwback linebacker — 250-plus pounds, ultra-physical, stout against the run — is falling out of fashion across the NFL.

The New England Patriots, who have long valued those types of defenders, might be changing with the times.

Matt Groh, the Patriots’ new director of player personnel, held a virtual news conference Friday to preview the upcoming 2022 NFL Draft. Among his more notable comments was his outlook on this year’s linebacker class, which Groh acknowledged simply does not feature many players like a 260-pound Dont’a Hightower or 255-pound Ja’Whaun Bentley.

Bigger linebackers are being deemphasized in the college game as the coaches gravitate more and more toward faster, more athletic options. And since NFL teams are dependent on colleges to replenish their talent pools, they’re forced to adapt.

“It’s a different game than it was 20, 30, 40 years ago, and that player has also changed,” Groh explained. “There’s not as many of those big linebackers. They just — they don’t exist. Colleges want them smaller, and we’ve got to be able to adapt to the college game. You can’t just create these guys out of thin air. With all the positions, it’s what the college game provides us.

“We have to just take what they are going to give us from year to year. One year, there might be a couple high-level Sam linebackers, and other years, there might not be any. So if you’re looking at trying to play with that kind of player, you’ve got to figure out a way to get that player. Either you’re going to take him higher in the draft than maybe some other teams would, or you’ve got to go out in free agency and find that guy. It’s really just as simple as there aren’t a lot of those guys in college anymore, so you’re not going to see a lot of those guys in the NFL anymore.”

The 2022 linebacker class does feature a few notable prospects who wouldn’t be classified as “undersized.” Wisconsin’s Leo Chenal measured in at 6-foot-3, 250 pounds at the NFL Scouting Combine. Montana State’s Troy Andersen is 6-3, 243. Georgia’s Quay Walker is 6-4, 241. All three are projected as Day 2 picks.

But the majority of this year’s ‘backers do lack traditional size. Most notably, Georgia’s Nakobe Dean, who’s expected to be a first-round pick, is just 5-foot-11, 229 pounds. Projected second-rounder Christian Harris of Alabama is of similar stature at 226 pounds and just over 6 feet.

Of the 39 off-the-ball linebackers profiled in Dane Brugler’s exhaustive 2022 draft guide, published by The Athletic, none are over 250 pounds, and just three top 245. Thirty-one are in the 220s or 230s, with one (Baylor’s Terrel Bernard) checking in at a slender 218.

Typically, Dean’s and Harris’ height/weight profiles would all but rule them out as potential Patriots targets. But Groh’s comments suggest New England could be relaxing its requirements — partially out of necessity and partially to keep up with the proliferation of faster offenses and dual-threat quarterbacks across the AFC.

We’ve already seen the Patriots trend toward lighter linebackers over the past year. They re-signed Bentley last month, but 2021 fifth-round pick Cameron McGrone (6-1, 236) and recent trade acquisition Mack Wilson (6-1, 233) both are modern defenders who rely more on athleticism than size. Even Raekwon McMillan, who signed last offseason but tore his ACL in training camp, is smaller than players like Hightower, Bentley, Kyle Van Noy and Jamie Collins at 6-2, 242. (Hightower, Van Noy and Collins all remain unsigned a month into free agency.)

Groh said he wholeheartedly agreed with inside linebackers coach Jerod Mayo’s statement during Super Bowl week that the Patriots were “definitely going to look to get faster, look to get more explosive and look to put more playmakers on the field” ahead of the 2022 season.

“Without a doubt,” Groh said. “We’re looking to get faster everywhere. It’s not just defense. It’s offense. It’s special teams. It’s not just linebacker. I think there’s multiple ways to do that. I think we did some of that this year, have worked on doing that here in free agency. I know the question’s been asked about these different linebackers.

“There’s going to be different players all across the league who are considered linebackers, whether they’re converting from a different position in college — safety to linebacker or whatnot — and that’s certainly one way to get speed on the field is just using these guys differently. Just the caliber of athlete you can get besides the speed these days, you can put these guys all over the place, and that’s certainly one way to increase the overall speed of the defense.”

That’s been evident in the way New England has constructed its secondary. Though the Patriots still are light at cornerback, they’ve stocked up on versatile safeties, with Adrian Phillips and Kyle Dugger both finding success as safety/linebacker hybrids and new signee Jabrill Peppers boasting a similar skill set.

We’ll soon find out how this vision will manifest in this year’s draft, which kicks off Thursday, April 28. 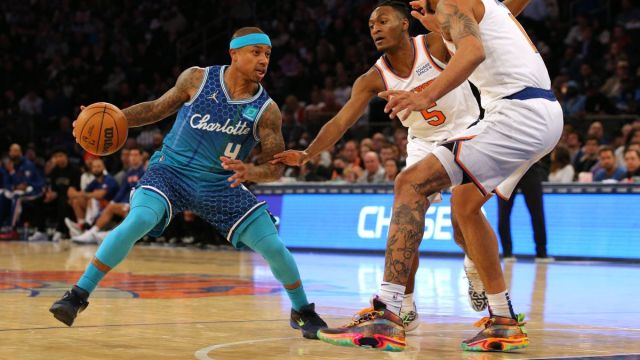 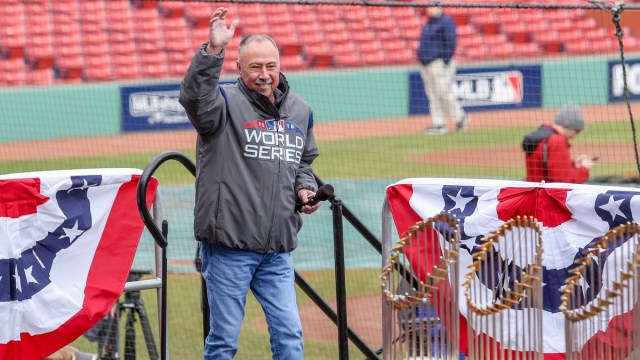