It sure didn’t seem, entering the 2022 season, that offense would be a major problem for the Boston Red Sox.

With just about 10% of the season complete, however, it’s looking more and more like Boston needs some sort of infusion at the plate. And it won’t take long, if it hasn’t happened already, for many to wonder whether Triston Casas might be a shot in the arm this team seemingly needs.

The offense just hasn’t been there. After being nearly no-hit over the weekend in Tampa Bay, the 7-9 Red Sox rank 19th in baseball in runs scored. Their .626 OPS is good for 22nd. And while they rank a somewhat respectable 13th in hard-hit percentage, you really can’t blame this lack of production on luck given the plate discipline. No team has swung at a higher rate of pitches outside the strike zone than the free-swinging Sox, who also lead the majors in overall swing rate. No team swings and misses at a higher rate than the Red Sox.

Whether Casas is the answer certainly is up for debate. Here’s a quick rundown of the pros and cons of potentially promoting the No. 19 prospect in baseball.

He could solve the first-base issue
For the second season in a row, first base has been a relative black hole of production for Boston. Typically an area of offensive strength for teams, first base has been anything but for the Sox between Bobby Dalbec and Travis Shaw. The duo currently owns a wRC+ of 6. Six. League average is 100. Seattle leads the majors with a wRC+ of 235, followed by the Rays at 199, and 20 teams have a wRC+ of 100 or better. The next-closest team is Cincinnati — at 48.

Like the lineup in general, plate discipline has been an issue. Boston first basemen have the 27th-best walk rate with the third-highest strikeout rate, due in large part to swinging at pitches outside the zone more than all but four teams and making contact less often than two. There has been some swing-and-miss in Casas’ professional game, but he does have a career walk rate of 13% (Dalbec and Shaw currently sit at 4.1%), and he has drawn a walk in 12 of 17 games at Triple-A Worcester this season.

Power up
Dalbec and Shaw have combined to hit just one home run, but that power outage isn’t unique to their position. The Red Sox rank tied for 23rd in dingers this season with 11, a situation that becomes even bleaker if you remove a modest three apiece from Rafael Devers and Alex Verdugo. Casas has four bombs this season and 18 in 103 professional games dating back to last season. An .851 career OPS in the minors is hard to ignore, too.

He could provide a needed jolt of energy
It’s an intangible, and we admittedly don’t have any data to back up the claim, but we have seen teams benefit from a call-up. That’s not just in production, but a young, exciting player making his debut can give the team a needed shot in the arm.

This, too, shall pass
It hasn’t been pretty so far, but a player like Dalbec has obvious potential. We’ve seen it at this level. Shaw, too, though it hasn’t been anywhere resembling consistent for a few years now. So if you don’t believe Shaw is a big leaguer, that’s at least worth a conversation. But it probably doesn’t make sense to promote Casas to platoon with Dalbec; taking another shot on Franchy Cordero probably makes more sense in that regard.

Playing-time concerns
Unless the Red Sox are about to completely blow up first base, it’s hard to see guaranteed playing time for Casas at the big league level. And if that’s the case, it probably makes more sense to keep him at Worcester where he’s getting four plate appearances every night. There’s still room for growth, and playing every day is the most likely path to getting there. If you can’t guarantee as much in Boston, it’s probably not worth the risk.

It’s still too early
The WooSox on Saturday faced 32-year-old Félix Peña, a right-hander with four times as many career Triple-A starts as big league starts and who had an ERA of 8.03 last season. He has allowed eight runs in five innings this season. In Toronto on Monday, the Red Sox face two-time All-Star José Berríos. That’s obviously a massive gap in talent, underscoring the massive jump a player like Casas faces upon being promoted. That’s potentially even more pronounced for a 22-year-old like Casas who already is almost 4 1/2 years younger than the average Triple-A player. If the Red Sox rush him to the big leagues and it has an adverse effect, it’s possible that decision doesn’t just hurt them this season. 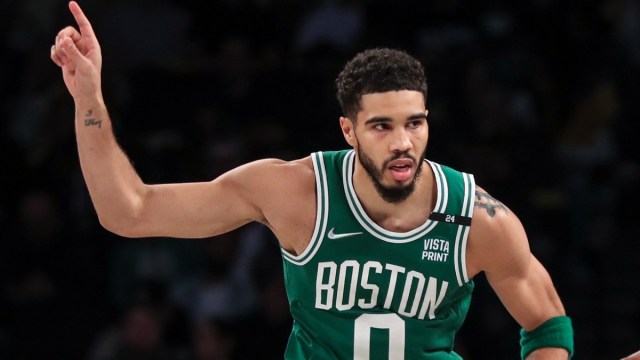 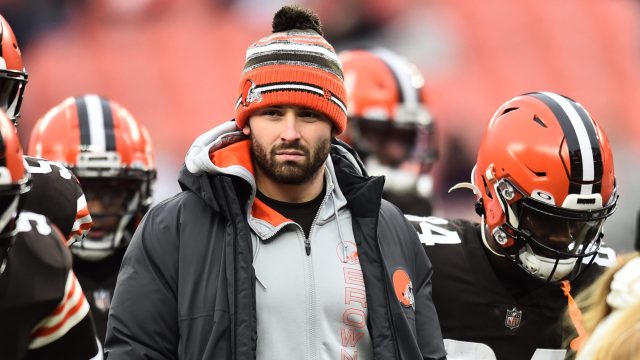 Browns' Mayfield Unlikely to be Traded before NFL Draft