The Boston Red Sox bullpen had fans everywhere holding their breath as they fought (successfully, in the end) to maintain a 4-3 lead over the Tampa Bay Rays on Friday at Tropicana Field.

Trevor Story made a game-saving grab to end things after a shaky showing from Jake Diekman, who walked the bases loaded before Matt Barnes came in to work his way out of the three-on, two-out jam.

However, it shouldn’t have come down to that.

The Red Sox were dominating the Rays early, rushing out to a 4-1 lead and rattling 11 hits off of starter Corey Kluber. Every player but Bobby Dalbec and Travis Shaw recorded a hit.

Bench coach Will Venable, serving as acting manager as Alex Cora is sidelined due to a COVID-19 diagnosis, was pleased with the effort and said the Red Sox did what they set out to do entering the contest.

“That was a great job by us,” Venable said, as seen on NESN’s postgame coverage. “We came into the game just kind of talking about the fact that we wanted to get them in the zone, we wanted to use the whole field, and they executed their plan. I know that later on in the game, once the bullpen came in, there were some other challenges for us. But big step forward for the guys in kind of executing what we came out here to do today.”

At the end of the day, though, a win is a win — and Story spoke about the importance of this specific victory as the Red Sox snapped a two-game skid and started the three-game set off on a high note.

“It’s huge,” Story told NESN’s Jahmai Webster, as seen on the network’s postgame coverage. “These in-division games, everybody knows the division we’re in, so any win we can get inside that is huge.”

Here are more notes from Friday’s Red Sox-Rays game:
— Hansel Robles helped the Red Sox hold the Rays in the bottom of the eighth inning, and in doing so improved his streak of scoreless outings to 20. The run dates back to Aug. 30, 2021, according to Red Sox senior manager of media relations and baseball information J.P. Long.

— Rafael Devers launched a third-inning home run that gave the Red Sox a 3-1 lead. Luckily for the Red Sox, they were on the road — because the home run would have cleared the fences everywhere besides Fenway Park.

— Boston had the bats going Friday night, but there also were some strong defensive plays, too. Xander Bogaerts, Story and Travis Shaw put up some Sportscenter-worthy grabs in the field.

— Though Alex Cora did not travel with the team due to his COVID-19 diagnosis, he earned the credit for his 500th game as manager. He is the 13th person to reach that milestone with the Red Sox and has the highest winning percentage in that group, via Long.

— The Red Sox are back in action Saturday at 6:10 p.m. ET at Tropicana Field. Garrett Whitlock will make his first career start. 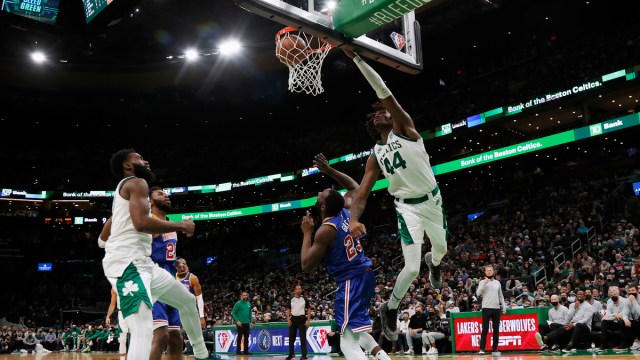 Draymond Green Recalls When Celtics’ Robert Williams Dunked On Him 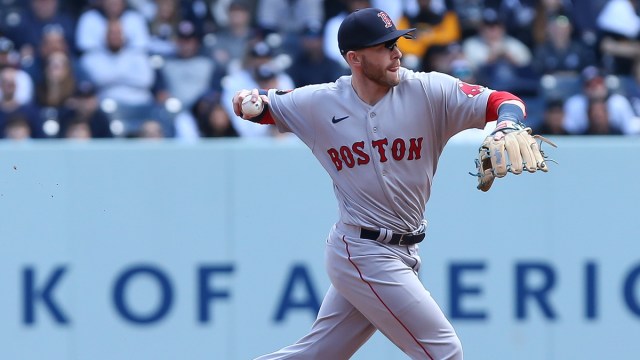