The Boston Red Sox are back in the win column.

Boston bested the Toronto Blue Jays, 2-1, on Tuesday night at Fenway Park. With the win, the Red Sox improved to 6-5, while the Blue Jays dropped to 6-5.

ONE BIG TAKEAWAY
Connor Wong quietly did everything that was expected from him on Tuesday night.

The Red Sox are dealing with a COVID-19 outbreak, and the virus has derailed Boston’s plans behind the plate. Wong was recalled from Triple-A Worcester to serve as Boston’s backup catcher since Kevin Plawecki landed on the COVID-19 related injured list, but starting backstop Christian Vázquez quickly followed Plawecki to the sidelines. Thus, the team turned to Wong on Tuesday.

Wong called a great game for Nathan Eovaldi, which should have been expected considering the pair worked out together during the 2020 offseason in their native Texas. Then, when the Red Sox needed it most, Wong launched a sacrifice fly that allowed Bobby Dalbec to score the go-ahead run in the bottom of the seventh inning (with some help from Bo Bichette’s second throwing error of the night).

Talk about a next-man-up mentality.

STARS OF THE GAME
— The Red Sox bullpen — this time consisting of Matt Strahm, Hansel Robles, Jake Diekman and Garrett Whitlock — combined to throw 4 1/3 innings of scoreless ball behind Nathan Eovaldi. Eovaldi finished with seven hits and one earned run, striking out six and walking one across 4 2/3 innings of work.

— Christian Arroyo was a defensive star in right field, though Jackie Bradley Jr. replaced him in the seventh inning.

— Zack Collins hit a solo home run in the second inning to give Toronto an early 1-0 lead.

WAGER WATCH
Despite the two-game losing streak, the Red Sox were -140 favorites at home. As such, it would have taken a $140 bet at DraftKings Sportsbook to bring home $100.

ON DECK ON NESN
The Red Sox and Blue Jays return to action on Wednesday, with first pitch scheduled for 7:10 p.m. ET from Fenway Park. Pregame coverage begins at 5:30 p.m. on NESN. 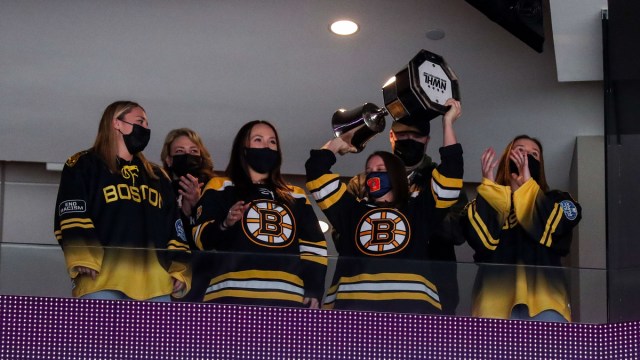 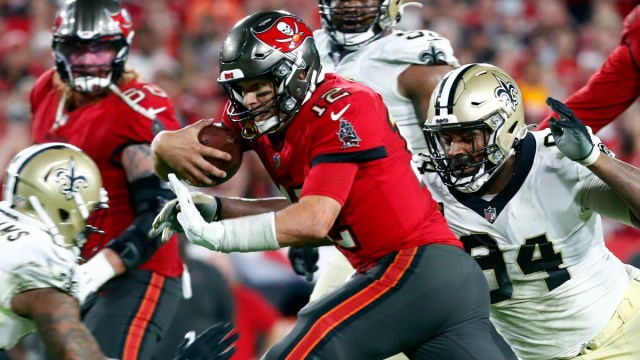