The Boston Red Sox used a pair of two-run home runs and the start of Tanner Houck to claim a 4-0 victory over the Minnesota Twins on Saturday at Fenway Park.

Boston, having won three of the last four, got back to .500 on the young season with the Twins falling back to an identical 4-4 on the campaign.

ONE BIG TAKEAWAY
Tanner Houck may have made some Red Sox fans nervous based on the fact his first start of the season went for just 3 1/3 innings but the right-hander put together a much-improved outing Saturday against Minnesota. Houck had an impressive mix working — four-seam, slider, splitter, sinker — and faced just three batters in the first, second, fourth and fifth frames. Houck allowed two hits with three walks and four strikeouts in a scoreless 5 2/3 innings. And even in the times Houck did miss (50/89 pitches for strikes), it wasn’t by much.

Houck, who didn’t pitch more than 5 1/3 innings last season, looked like more of a starter than the opener he played last season. Should it continue, Houck will be a major asset for the Red Sox in his third season with Boston.

STARS OF THE GAME
— Xander Bogaerts entered Saturday in a bit of a slump (1-for-8 in previous two games) but put that behind him by reaching base twice (1-for-4, two RBI). Bogaerts’ first home run of the season went 400 feet and into the Green Monster to extend Boston’s lead to 4-0 in the third inning. Bogaerts also flashed the leather with an impressive double play turned alongside second baseman Trevor Story.

— Alex Verdugo belted his second home run in as many games against the Twins. The outfielder’s two-run shot in the second inning allowed Boston to get out in front early and ultimately proved to be the game-winning hit. The blast measured 437 feet to right-center field.

— Houck had the benefit of starting in a game where Garrett Whitlock pitched in relief, the right-handed strike-thrower dominating in his spot. Whitlock came on for the final out of the seventh and needed just three pitches with a runner on second. Whitlock, who threw 23 strikes in 30 pitches, ultimately put together a scoreless 2 1/3 innings with five strikeouts and two hits allowed.

WAGER WATCH
Houck entered Saturday’s contest +225 to record the win on DraftKings Sportsbook, and he was able to do so with some timely pitches and good defense.

ON DECK AT NESN
The Red Sox will return to Fenway Park on Sunday for their third of four games against the Twins. First pitch is scheduled for 1:35 p.m. ET, and you can watch it on NESN following an hour of pregame coverage. 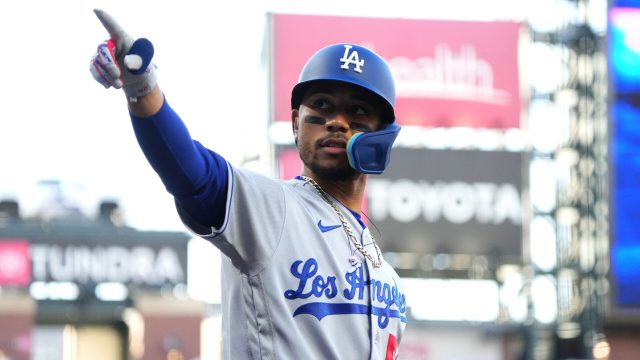 Mookie Betts Gets the Night Off vs. Reds 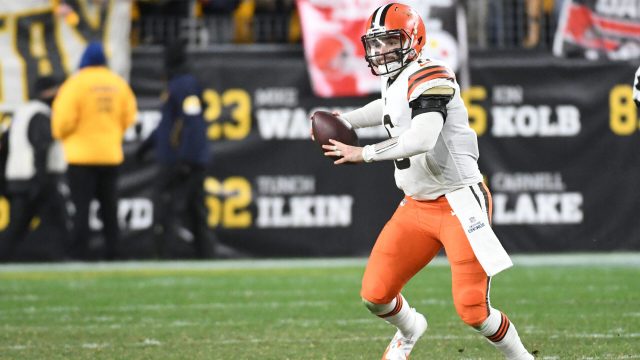 Panthers “Have the Inside Track” on Landing Baker Mayfield