In an effort to learn more about the New England Patriots’ 2022 NFL Draft class, we took a by-the-numbers deep dive into each of their 10 new draftees.

All measurables and testing numbers were taken from the NFL Scouting Combine unless otherwise specified. Percentiles courtesy of Mockdraftable.

— Strange is one of the most athletic linemen in this year’s rookie class. His 40-yard dash, three-cone drill, short shuttle and broad jump all were in the 89th percentile or better for his position, and his bench press ranked in the 86th percentile.

— Though his run blocking is considered more advanced than his pass blocking, Strange was rarely beaten by pass rushers in college. He allowed just one sack, three quarterback hits and seven hurries over the last three seasons, per Pro Football Focus.

— Strange’s top NFL comps on Mockdraftable include Ali Marpet, J.C. Tretter and former Patriot Joe Thuney, who from 2016 to 2020 manned the left guard spot Strange is expected to occupy.

— If there’s one trait Thornton has in spades, it’s speed. His 4.28-second 40-yard dash was both the fastest of any receiver at this year’s combine and the fastest by any wideout drafted by the Patriots during the Bill Belichick era.

New England’s top four receivers entering the draft (DeVante Parker, Jakobi Meyers, Kendrick Bourne and Nelson Agholor) all ran the 40 in 4.42 seconds or slower, with Meyers and Bourne both posting times in the 4.6 range.

“You want to get faster, you’d better get fast guys,” Patriots director of player personnel Matt Groh said. “I don’t know how many guys out there are faster than Tyquan.”

Thornton’s 120-inch broad jump also ranked in the 92nd percentile for his position.

— But based on his testing numbers, Thornton lacks the quickness New England typically looks for in its wideouts. He ran a 7.25-second three-cone and 4.39 short shuttle at his pro day, and both were the slowest by any Patriots-drafted receiver since 2000, not including special teamer Matthew Slater.

The Patriots traditionally have avoided receivers with blazing 40 times and questionable agility, making Thornton — whom they traded up four spots to select — a surprising Day 2 target. He’s just the third wideout with a sub-4.35-second 40 time Belichick has drafted; neither of the other two (second-rounders Bethel Johnson and Chad Jackson) panned out.

— At 6-foot-2, 181 pounds, Thornton is the lightest receiver the Patriots have drafted under Belichick, and his 8 1/4-inch hands are the second-smallest, raising questions about how he’ll hold up against better, more physical coverage at the NFL level. His hands weren’t an issue in college, however. He didn’t have more than three drops in any of his four seasons at Baylor.

— Thornton averaged 15.7 yards per catch over his college career.

— Disregard that wingspan typo, but Jones is downright tiny for an NFL cornerback. Based on his combine measurements, he’s the second-lightest player on the Patriots’ roster (behind one player we’ll cover in a moment) and the second-shortest behind 5-foot-6 running back J.J. Taylor.

That lack of size wasn’t much of a hindrance for Jones in college, however. He was PFF’s highest-graded cornerback in one-on-one coverage over the last two seasons.

— Jones primarily played as an outside cornerback at Houston, lining up there on 412 snaps last season compared to 123 in the slot, 53 in the box and nine as a deep safety. He said he’s willing to play anywhere for the Patriots, but at his size, the slot is likely to be his No. 1 position in the pros.

— Though he is a talented cover man, Jones’s truly elite skill is his return-game prowess. He owned the title of best return man in college football, totaling six kick-return touchdowns and three punt-return touchdowns over his tenures at Troy and Houston.

Those included a 100-yard game-winner in the final minute of a victory over SMU last fall.

The Patriots have question marks at both return spots after losing Gunner Olszewski to the Pittsburgh Steelers in free agency.

— Winner of the Paul Hornung Award as college football’s most versatile player, Jones also saw action as a wide receiver last season, catching 10 passes for 109 yards and a touchdown.

— Jones is coming off surgery on both of his shoulders, which prevented him from testing during the pre-draft process.

— Jones is extremely light for a cornerback, with his 171-pound combine weigh-in ranking in the 1st percentile for his position. He’s three inches taller than Marcus Jones but three pounds lighter.

Speaking with NESN.com earlier this week, East-West Shrine Bowl director Eric Galko projected Jack Jones as a slot defender to start but said he has lockdown perimeter cornerback potential if he can bulk up a bit.

— Jones did not play football during the 2018 season — he transferred to Moorpark College to boost his grades after being ruled academically ineligible at USC — and appeared in just one game in the COVID-shortened 2020 campaign, serving a three-game suspension for fighting with a teammate.

In each of his three full seasons, Jones registered nine or more passes defended and three-plus interceptions.

— Strong can flat-out fly. His 4.37-second 40 was the fastest by any running back at this year’s combine and by far the fastest of any back the Patriots have drafted under Belichick. None of the previous ones even cracked 4.5 seconds. Strong’s 1.5-second 10-yard split also is elite.

— In his lone game against an FBS opponent last season, Strong racked up 138 yards and two touchdowns on 13 carries in a blowout win over Colorado State. After that game, Strong said, he began viewing himself as a legitimate NFL prospect. He went on to lead the FCS in rushing yards and finished second in rushing touchdowns.

— Nearly a quarter of Strong’s career touchdown runs (nine of 40) were 50-plus-yarders.

— A quarterback in his youth, Strong was an effective trick-play passer at SDSU. He went 9-for-9 for 208 yards and six touchdowns, including four as a senior. If New England’s new offensive play-caller (whoever that may be) is anything like Josh McDaniels, it would not be at all surprising to see Strong attempt at least one pass as a rookie.

— Strong only caught one pass in the East-West Shrine Bowl, but he took it 65 yards for a touchdown.

— After transferring from FCS program Houston Baptist, where he was a four-year starter, Zappe immediately set passing records in the FBS, surpassing B.J. Symons for yards and Joe Burrow for touchdowns in his lone season at college football’s highest level.

He threw for 1,095 more yards and 15 more touchdowns than any other quarterback in the FBS in 2021, leading a Western Kentucky offense that ranked second in the nation in points and yards per game behind Ohio State.

— Zappe rarely needed to navigate difficult situations as he compiled those gaudy numbers, however. He was pressured on just 12.9% of his dropbacks, per PFF, the lowest rate in the nation.

— At 6-foot-1/2, Zappe is the shortest QB the Patriots have drafted under Belichick, and by a sizable margin. The second-shortest was Rohan Davey at 6-foot-2.

— Checking in at about 15 pounds heavier than Strong, Harris isn’t as fast or as quick as his fellow Patriots draftee (he ran a 4.62-second 40 and a 7.39-second three-cone at his pro day), but those jumps show the compact power rusher has impressive explosiveness.

— Harris was much more productive during the 2020 season, averaging 113.8 rushing yards per game over 10 contests and scoring 15 touchdowns. His numbers and usage nosedived last season after he underwent back surgery and missed most of spring and summer training.

— Even in a down year, Harris’s ball security didn’t waver. He fumbled just once in 393 collegiate touches.

— This was the first time the Patriots selected two running backs in the same draft since 2011, when they picked Shane Vereen in Round 2 and Stevan Ridley in Round 3.

— Honored with the Cliff Harris Award as the top defensive player from outside Division I, the D-II standout tallied five-plus sacks and double-digit TFLs in each of his three seasons as a starter at Northwest Missouri.

— Stout and wide, Hines is explosive and quick off the ball, as evidenced by his jumps and 10-yard split, all of which ranked in the 79th percentile or higher for O-linemen.

— In addition to his starts at guard, Hines also served as LSU’s backup center earlier in his tenure.

— Hines committed just one penalty (for illegal man downfield) during his senior season, per The Athletic’s Dane Brugler.

— Hines is the more athletic of the Patriots’ two O-line selections, but Stueber has desirable size at nearly 6-foot-7. Only gargantuan right tackle Trent Brown is taller on the Patriots’ roster. 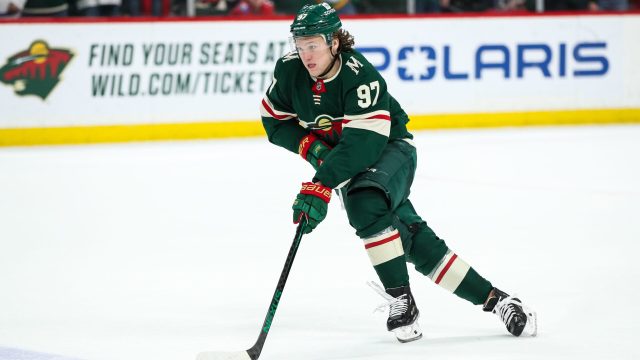 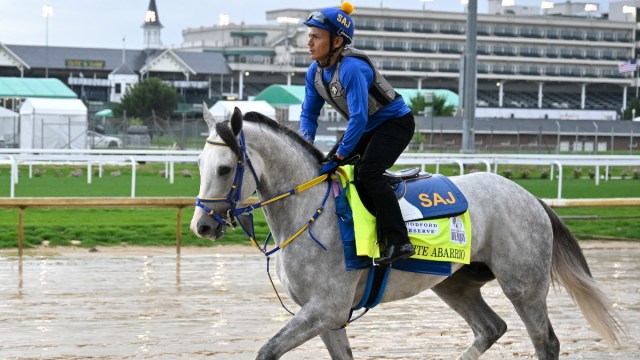