BOSTON — Patrice Bergeron sat at the podium Sunday and shared that while his three children were taken back when they first saw the gnarly cut to their dad’s right eye, the youngsters had seen him sustain much worse.

His Boston Bruins teammates have, too.

And that’s why Bruins teammates like Brad Marchand were not surprised to see Bergeron try to remain on the ice in the second period despite blood pouring down his face. It took placed after Carolina Hurricanes’ Sebastian Aho was whistled for a high stick, which ultimately led to Boston scoring the game-winning goal 44 seconds into the third period. Bergeron was not allowed to immediately return since officials stopped the game for him, but the Bruins captain did return for the third and helped Boston mount a 5-2 victory in Game 4 at TD Garden.

“That’s the least of what Bergy’s played through, a cut. He’s played with a hole in his lungs and a broken rib,” Marchand said after recording five points (two goals, three assists) in the series-tying win.

“There’s not a whole lot that’s going to keep him down,” Marchand continued. “You gain a lot of, I mean, he has the most respect of any player I’ve ever played with from our group. Just what he’s willing to put his body through and play through is incredible. And that’s why he’s our captain and our leader. And, again, that’s something we feed off of. But yeah, I mean, wasn’t surprised. That’s him to a tee.”

Bruins coach Bruce Cassidy said much of the same about Bergeron, who recorded three points (goal, two assists) in the effort. Boston’s “perfection line” with David Pastrnak, Bergeron and Marchand combine for four goals in the victory.

“We’ve talked about Bergy a lot around here. We know what he means to the team, what he brings. But, again, high-intellect player. Every area tonight,” Cassidy said. “And again, he’s got the C on his sweater for a reason. And again, we don’t win very many nights without him being who he is. He’s been excellent the whole series. I mean, he’s the oldest guy in our team, right? And he looks some days like youngest. So credit to him.”

Bergeron shared how he wasn’t able to see right after the high stick due to blood being in his eye, but upon realizing it was just a cut, he wanted to remain out for the 5-on-3 power play.

Following their win Sunday, the Bruins now will get ready to head to Carolina with Game 5 set for Tuesday night at 7 p.m. ET. You can watch full coverage on NESN, including an hour of pregame. 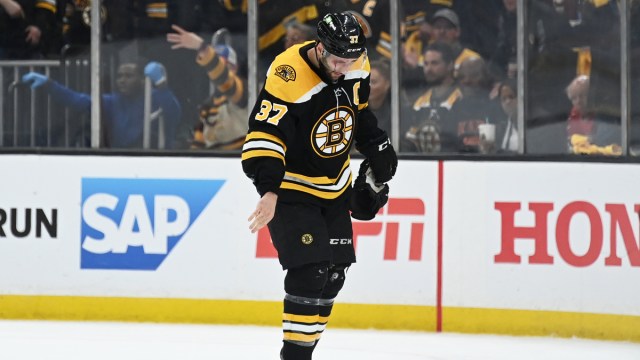 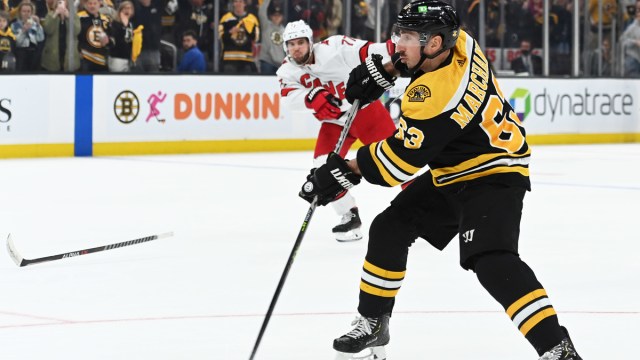