BOSTON — The Boston Bruins were dealt some last-minute adversity before Game 4 at TD Garden on Sunday as Charlie McAvoy was ruled out a half hour before puck drop because the star defenseman landed in the NHL’s COVID-19 protocol.

Fellow defenseman Hampus Lindholm already had been ruled out after his Game 2 injury.

So with the Bruins already staring down a one-game deficit and a trip back to Carolina for Game 5, Boston was forced to buckle down and overcome yet another difficult situation. Fortunately for the Bruins and their rowdy fans at TD Garden, that’s exactly what Boston did in a 5-2 victory over the Carolina Hurricanes.

Bruins coach Bruce Cassidy complimented the group’s ability to do so.

“Well, a lot,” Cassidy said when asked what it shows about the team’s character. “There’s different people that have to step up. Obviously, the guys in the back end going in as (Josh Brown’s) first turn, (Conor Clifton), he’s probably playing a little more. Just guys having to add minutes to their plate, which I think every player relishes, but getting it done in crunch time, against a really good team like this is a compliment to them, obviously.

“I think we’ve always taken that approach here a little bit that you got to be able to play no matter who’s in the lineup. We’ve always been about a team game,” Cassidy added. “We have our leaders lead, our followers follow and I think some of our followers back there did a real good job with that tonight — blocking shots, being simple.”

“Part of our motto has always been next man up regardless of who’s in or out of the lineup. We have to do a job, especially tonight,” Marchand said after the game. “We knew the importance of the game. And (McAvoy’s) obviously a huge part of our team, controls the back end, plays a lot of minutes. But it’s just another opportunity for someone else to come in and (Josh) Brown did a great job, played a great game. And a lot of the D stepped up and filled that void. That’s kind of how you have to do it, you have to collectively fill a hole when a guy like (McAvoy) is missing.”

— Cassidy, while acknowledging he did not know the timetable for McAvoy’s return, provided some insight on the defenseman’s absence. The Bruins were aware in the morning that McAvoy could miss the game, getting Josh Brown ready to fill into the lineup.

“Let’s hope Charlie comes out of it well, first of all, and feels fine and we get him back in the lineup as soon as possible,” Cassidy said. “But when that is, I honestly, I’m not the guy to answer and I assume our team will give you a statement on that if they have any information.”

— Bergeron sat at the podium Sunday with his three children and a grizzly gash on his right eye. The Bruins captain took a high stick from Sebastian Aho late in the second period, and despite blood dripping down from his face, did everything he could to stay in the game. Bergeron ended up returning to start the third period.

It clearly set a tone in the room when Boston came out for the third period.

“We’ve talked about Bergy a lot around here. We know what he means to the team, what he brings. But, again, a high-intellect player,” Cassidy said. “And again, he’s got the C on his sweater for a reason. We don’t win very many nights without him being who he is. And, you know, he’s he’s been excellent the whole series.”

— Cassidy’s decision to put Pastrnak back with Bergeron and Marchand resulted in six goals from those three in the last two home games.

“He’s (Pastrnak) a very dominant player in this league and it’s nice to have him out there,” Marchand said of the adjustment.

— Following their win Sunday, the Bruins now will get ready to head to Carolina with Game 5 set for Tuesday night at 7 p.m. ET. You can watch full coverage on NESN, including an hour of pregame. 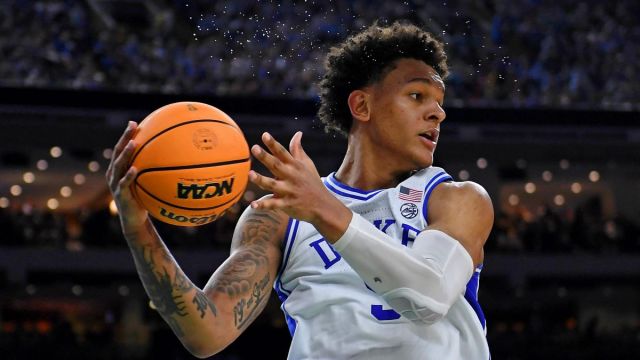 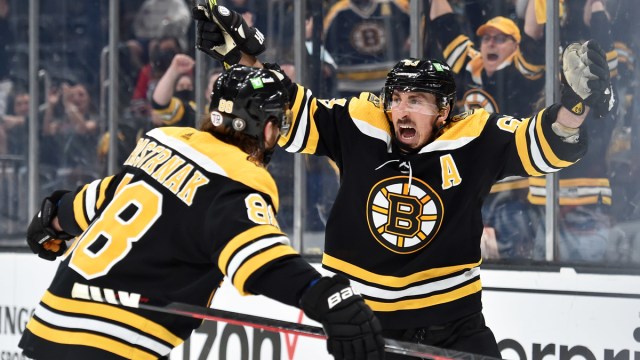