Marcus Smart was simply incredible for the Boston Celtics in their dominant Game 2 victory over the Miami Heat on Thursday night at FTX Arena.

So, just how good was Smart’s performance, in which he did a little bit of everything by nearly recording a triple-double with 24 points, 12 assists, nine rebounds and three steals? It’s one of the very best in NBA playoff history.

According to Celtics.com’s Taylor Snow, Smart became just the sixth player in NBA playoff history to record that stat line. The other players who have pulled off the same feat as Smart to form an exclusive group are Larry Bird, LeBron James, Rod Strickland, Isiah Thomas and Russell Westbrook.

Along with his stellar offensive showing, Celtics coach Ime Udoka also praised Smart for the defense he played as well, especially on Miami star Jimmy Butler.

“As always, he sets the tone,” Celtics coach Ime Udoka said. “Defensive Player of the Year for a reason.”

For Udoka, there was another statistic from Smart that impressed him more than anything else the Celtics guard did on the court.

“I always look at his assist to turnovers,” Udoka said. “He had 12-to-1 (assist-to-) turnover game. Kind of dictating everything out there and getting us into things. I’m not the type of coach that wants to call a play every time down. I leave it in his hands and he usually makes the right decision.” 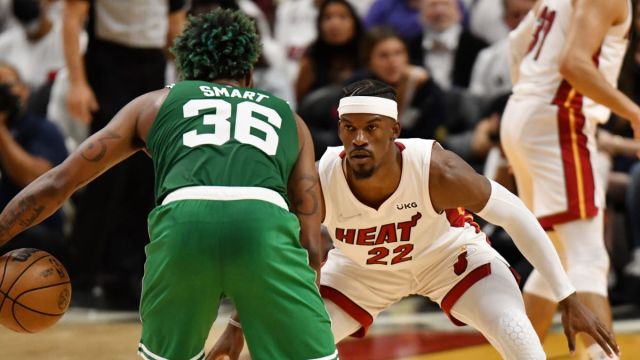 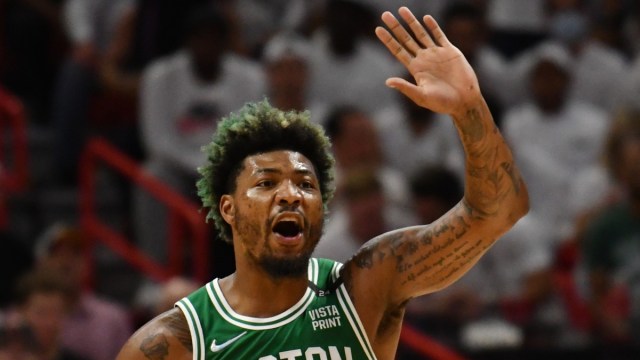