The Celtics didn’t just sweep the Brooklyn Nets in the first round of the Eastern Conference playoffs, a series victory that preceded Boston defeating the Milwaukee Bucks and Miami Heat en route to an NBA Finals showdown with the Golden State Warriors.

The C’s also can thank the Nets for helping them build their current core.

The Celtics ultimately made the most of those assets, drafting Jaylen Brown with the No. 3 overall selection in 2016 and then taking Jayson Tatum at No. 3 overall (after a trade with the Philadelphia 76ers) a year later. Both players have blossomed into All-Stars with Boston.

Bobby Marks, the Nets’ assistant general manager at the time of the 2013 trade, was asked about the franchise-altering deal Tuesday on ESPN.

“Could I ever imagine? No,” Marks said. “Could I have imagined it would turn into Jayson Tatum and Jaylen Brown, and I think if it wasn’t Boston, those picks were going somewhere. I think we were so aggressive as a front office back then, that some other team would have probably gotten multiple unprotected first-round picks here.

“The one thing to look at is that at the time of the trade, Tatum was 15 and Brown was 17. I think I’d have a lot more guilt if we were staring at Jayson Tatum the night of the draft and then traded that pick away to the Celtics. But those two have turned into certainly two special players.”

The price seemed very steep even in the moment, as Pierce and Garnett were entering the twilight of their respective careers. But even the most optimistic Celtics supporter probably didn’t realize the magnitude of the coup, which laid the groundwork for Boston to build its next championship-caliber roster.

“I have two boys at home,” Marks added. “Do you know what the nickname of the school they go to is? The Celtics. I can’t get rid of the Celtics in this house.”

The Celtics and Warriors will tip off the 2022 NBA Finals on Thursday night at Chase Center. If Boston wins four more games, with Tatum and Brown leading the charge, it’ll only make the 2013 trade with Brooklyn look like an even bigger steal. 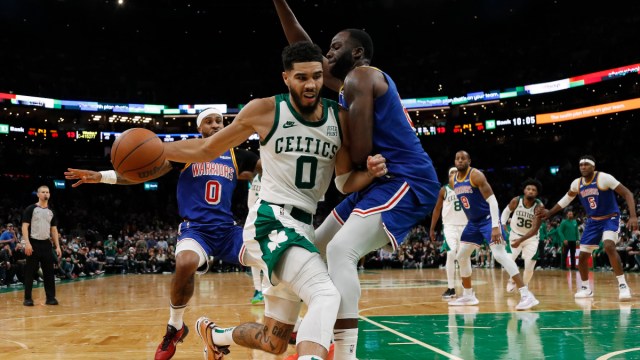 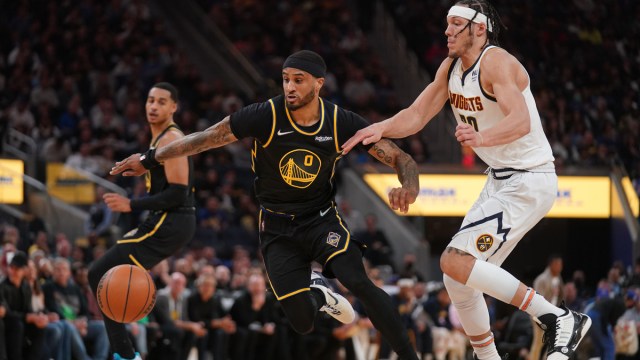 Where Warriors Stand On Injury Front Heading Into NBA Finals Vs. Celtics