The Boston Celtics were off and running from the opening tipoff of Game 4 of the Eastern Conference finals against the Miami Heat on Monday.

The Celtics jumped out to an 18-1 lead to begin the first quarter at TD Garden and never looked back, eventually securing a 102-82 win. The C’s appeared to be a completely different team coming off of their Game 3 loss, a trend that has continued all postseason.

Head coach Ime Udoka explained how his team can stay on course the rest of the way when NESN.com’s George Balekji asked how the Celtics will go from resilient to consistent.

“Understand what’s on the table. It’s a three-game series now and you can’t always flip the mindset when we come off a loss and get a little desperate,” Udoka told reporters in his postgame press conference. “We got to start to develop that in the locker room now. We’ve obviously been here before.”

Getting back to the basics has been a motto Udoka has echoed all year, consistently preaching fundamental defense and passing.

“We want to be who we’ve been all year,” Udoka added. “This is a physical, aggressive defense, attacking on offense and (we need to) not wait for us to get down to start that energy.”

The Celtics will have a chance to break the pattern of the series by winning two in a row Wednesday. Game 5 against the Heat at FTX Arena is scheduled to tip off at 8:30 p.m. ET. 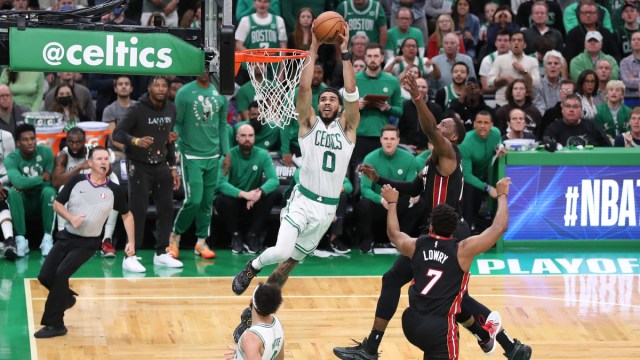 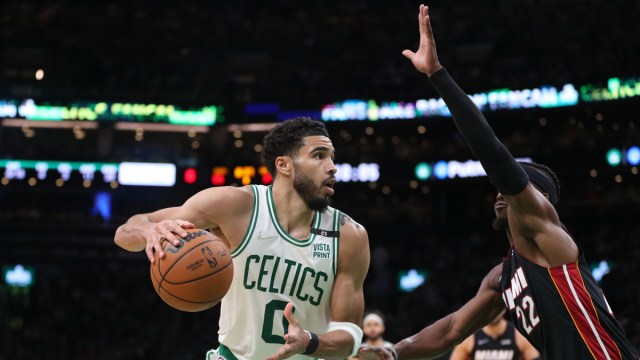