The Boston Celtics are headed to the NBA Finals after claiming a season-defining victory over the Miami Heat in Game 7 of the Eastern Conference finals on Sunday night.

It marks the organization’s first trip to the NBA Finals since 2010 as the Celtics seek their first championship since 2008.

“It feels great, honestly,” Jayson Tatum said after Boston’s 100-96 victory over the Heat, as seen on NBC Sports Boston’s postgame coverage. “Some of those guys been to the Eastern Conference finals four times, it’s my third time. Obviously, we know we want to win a championship, right? But to get over this hump and the fashion that we did it, obviously we took the toughest route possible. And to win a Game 7 to go to the championship on the road, it’s special.”

Celtics veteran big man Al Horford, widely praised for his leadership while providing impactful minutes throughout the postseason, advances to his first NBA Finals in 15 seasons.

“I just didn’t know how to act,” Horford joked when asked about his on-court celebration following the final buzzer. “Just caught up, excited. A lot of hard work. I’ve been a part of a lot of great teams, a lot of great teammates and I’m so proud of this group.

“For me, it’s just special to be with them and be able to help them and be apart of this,” Horford added. “I’m really grateful to be in this position.”

They weren’t the lone Celtics to express their excitement, either, with many players doing so on social media.

Tatum went on to win the inaugural Larry Bird Trophy presented to the MVP of the Eastern Conference finals. It provided a little extra for the Celtics superstar, as well.

“It’s an honor. It still doesn’t even seem real right now,” Tatum said of the award. “I’m just extremely happy and grateful for all of this. Regardless of how long I’ve been in the league, I’m not too far from high school when I was dreaming about moments like this. So, I still feel like a kid and sometimes that I’m still really, truly, living out my dream.”

Celtics head coach Ime Udoka and a number of players made sure to reference how the job wasn’t yet complete as they head to the NBA Finals to face the Golden State Warriors. Nevertheless, Sunday night was one worth celebrating.

“This wasn’t the goal all season, right? This was just a step in getting to where we want to get to. Obviously, this is a big accomplishment, we haven’t been to the championship yet, and I think it’s alright to be proud of ourselves today and enjoy this,” Tatum summarized. “We’re not satisfied. We know we still go a long way to go. But I think it’s alright to enjoy this tonight and be happy.”

The NBA Finals will kick off Thursday in Golden State. 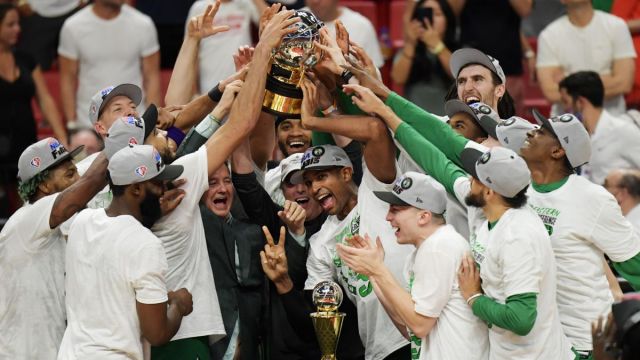 How Oddsmakers Expect Celtics To Fare In NBA Finals Vs. Warriors 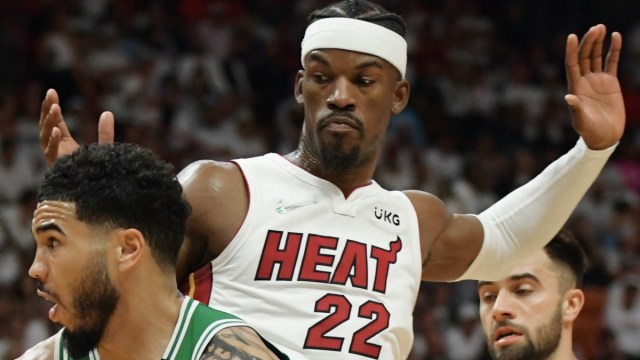 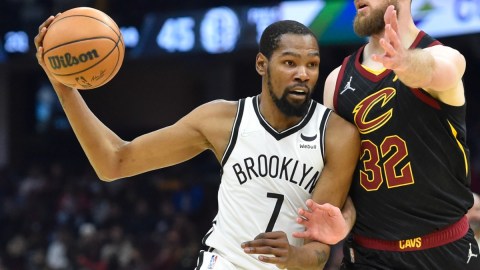