This season will be Joe Judge’s first as a quarterbacks coach at any level. But the New England Patriots assistant comes in with a clear plan for supporting and developing second-year QB Mac Jones.

Judge, a longtime former Patriots special teams coordinator who returns after an inauspicious two-year run as head coach of the New York Giants, laid out that plan Tuesday, saying he’ll mainly focus on Jones’ footwork and other basic fundamentals.

“I’ve been very excited to work with Mac,” Judge said in a video conference. “My job is to do everything in my power to prepare him on a daily basis, and for me, it starts with fundamentals. That’s just the way I see it. If you don’t have good fundamentals, every play is doomed from the start. And if you look at any player at any level, no matter how long they’ve been playing — whether it’s Year 1, Year 2, as it for Mac, or Year 13 or 14 — this time of year and training camp especially, you’ve got to get on the fundamentals.

“You have to start with a strong base. You’ve got to work on their footwork. You have to work on their mechanics. You have to work on the different throws they have to make. And I’m a firm believer in doing the things you’re going to do and doing them repeatedly. I know there’s a lot of clever and cute drills, a lot of things that look really cool and go out there and look like a guru. I’m a big believer in practicing what you’re going to do over and over, and for me, with a quarterback, that’s footwork. That’s what it is.”

Judge won’t, however, touch Jones’ throwing motion, which he believes would be a mistake at this stage of the young signal-caller’s career.

“I’m a big believer,” he said, “that at this level of football, you’re not going to do much to change someone’s throwing motion — and I’m not saying that would apply to Mac at all, so don’t put that in there — but you don’t work with a quarterback to change how they throw at this level, in my opinion, but you can always improve their feet and their base and work on their release time.

“If you start changing how someone’s gripping the ball or someone’s throwing the ball, that’s just a great way as a coach to screw it up and think you’re a genius. So we’re going to focus a lot on the feet and the timing, and then you talk through just the offensive progressions.”

Ensuring Jones progresses in Year 2 will be vital to the Patriots’ present and future success, putting pressure on Judge to quickly adjust to his new role.

When the Patriots rehired Judge in early February, they announced his title as “offensive assistant.” It remains unclear exactly what his responsibilities will be this season — he said he’s preparing to call plays but doesn’t yet know whether he will — but he did confirm this week that he’s working with New England’s quarterbacks (Jones, Brian Hoyer and rookie Bailey Zappe) despite having no prior experience as a QB coach.

Judge replaces Josh McDaniels, who worked closely with Jones and, before him, Tom Brady before taking over as head coach of the Las Vegas Raiders in January. The Patriots are expected to operate without an official offensive coordinator this season.

“In terms of preparing any of our players, all of our quarterbacks, and you asked me about Mac specifically, my job is just to stay diligent, make sure that I have a mastery of the offense to present it and be a good, fluid teacher to answer any questions that they have and just stay ahead on a regular basis of things that could come up,” Judge said. 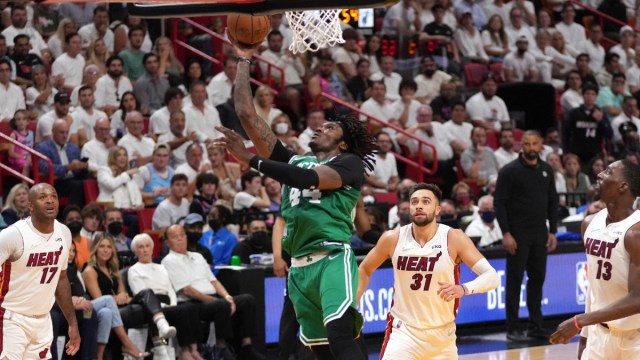 How Robert Williams Is Feeling Physically After Celtics-Heat Game 1 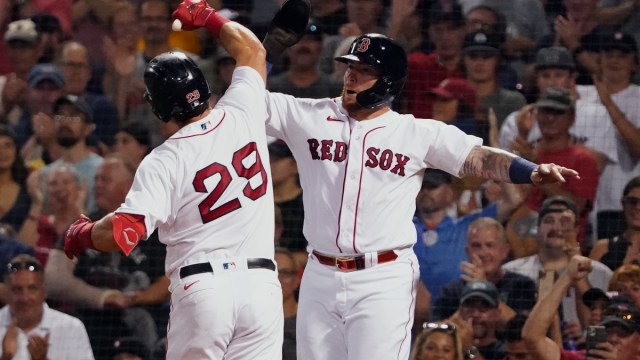