Grant Williams back in March tried to get a new nickname going for himself, requesting Celtics teammates refer to him as “Batman.”

Williams scored a career-high 27 points in Boston’s Game 7 victory over the Milwaukee Bucks at TD Garden. The 23-year-old did most of his damage from beyond the arc, as 21 of those points came by way of the trey. Williams now is part of an exclusive NBA group, as only two other players in league history have knocked down seven 3-pointers in a Game 7.

One of those players is Stephen Curry. Brown evoked the all-world sharpshooter as he heaped praise on Williams after the Celtics’ series-clinching win.

“Hey, man, that’s what they were giving us,” Brown told reporters. “Like, it was almost like they were using that defender to just stop me and Jayson (Tatum) from getting to what we wanted. So, we had to keep making the pass and he was wide open. We trust all of our guys. Grant is a good shooter and he came through, man. He got ’em up. We call him Grant Curry now.”

There’s a chance we see Williams and Curry go toe-to-toe on basketball’s biggest stage. The Celtics are four wins over the Miami Heat away from reaching the NBA Finals, while Curry’s Golden State Warriors will battle the Dallas Mavericks for Western Conference supremacy. 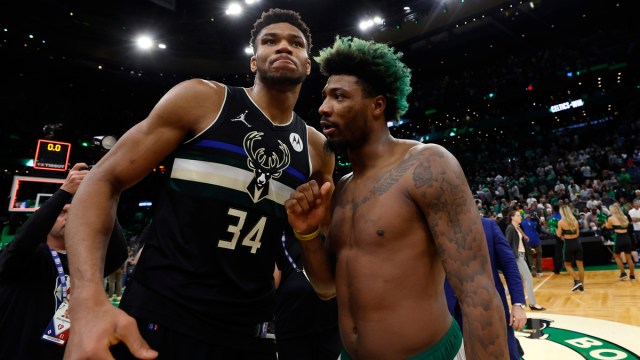 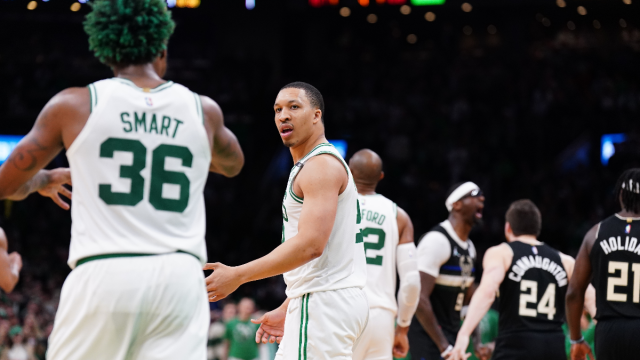