Nick Foligno has been praised throughout the 2021-22 NHL season by Bruce Cassidy for his leadership as a member of the Boston Bruins.

And now he’s getting recognized for it.

The NHL on Wednesday announced that Foligno has been named as the Bruins’ nominee for the King Clancy Memorial Trophy, which is “presented to the player who best exemplifies leadership qualities on and off the ice and has made a noteworthy humanitarian contribution in his community.”

Check out all 32 nominees here.

According to a press release sent by the Bruins, Foligno “participated in every virtual visit the Bruins hosted with local children?s hospitals this year, as well as the Bruins annual holiday toy shopping event.”

To add to his contributions off the ice, Foligno and his wife, Janelle, founded The Heart’s Playbook Foundation, which helps families find the best care for their children who are battling heart problems. Foligno revealed Boston Children’s Hospital played a big role in signing with the Bruins because his daughter has dealt with heart issues since she was born, and had “her life saved” there.

Foligno and the rest of the Bruins look to tie their first-round Stanley Cup playoffs series with the Carolina Hurricanes on the road Wednesday night at 7 p.m. ET. 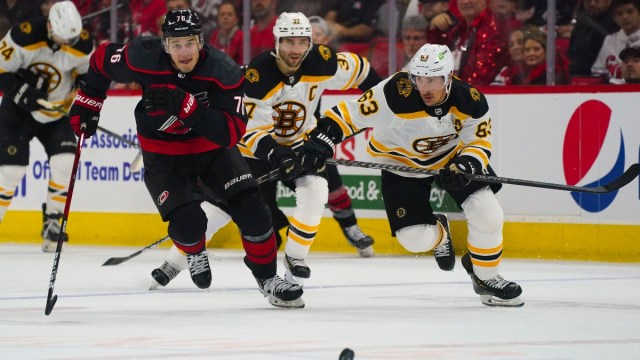 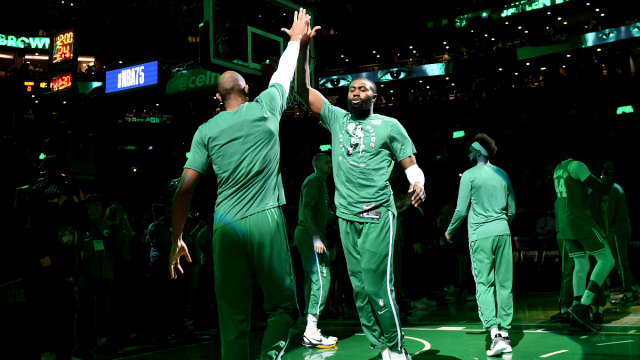