It’s not a common occurrence that a former big-league ball player returns to his former home park and catches a grand slam ball when attending the game as a fan. Actually, It’s possible that Jonny Gomes was the first person who that has ever happened to Friday night.

Attending the Boston Red Sox’s, 7-3, win over the Seattle Mariners as a fan, Jonny Gomes had the one in a million opportunity to catch a grand slam ball thanks to Boston second baseman Trevor Story. Unfortunately, he didn’t get to keep the ball.

“He was going to keep it at first but I was like, ‘I think it would be cool if you signed it and I kept it just because it was the first one,'” Story told Chris Cotillo of Mass Live. “That’s something special, I’ll never forget that.”

The catch and subsequent exchange was fun for those in the Red Sox clubhouse.

“I hadn’t even had an idea (of who caught the ball. Then I saw the shirt come off and was like, ‘Oh, I know that guy.’ That?s J.G. for you. Good times,” centerfielder Jackie Bradley Jr. said.

“You show up to the ballpark every day and see something you’ve never seen before,” starting pitcher Michael Wacha told Cotillo. “That was that today, for sure.”

So, after initially hoping he’d go home with a souvenir, Gomes went home empty handed, but with a life long memory. 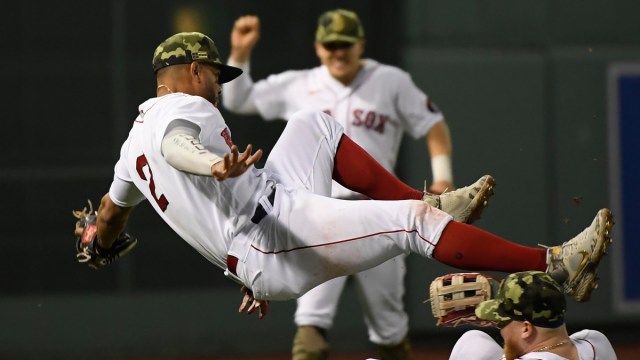 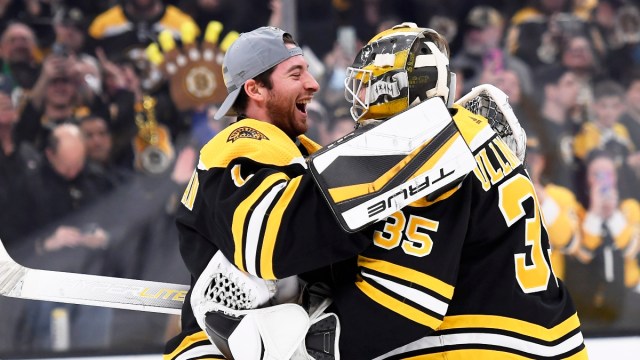