As series go on in the Stanley Cup Playoffs, the distaste between teams seem to only grow.

The two got into it after the horn sounded at the end of the first period of Game 4 on Sunday. Following Boston’s 5-2 win over the Hurricanes to even series, Marchand revealed in a sarcastic manner what he said to DeAngelo during the shouting match as the teams were leaving the ice.

“It wasn’t much of an exchange,” Marchand said as seen in team-provided video. “I didn’t even know he was around me. Kind of came out of nowhere. There really wasn’t much of one. Just saying, ‘Hey, how’s your Mother’s Day?”

That wasn’t the last of things between Marchand and DeAngelo. On Marchand’s empty-net goal in the final minute of regulation, DeAngelo threw his stick in Marchand’s direction.

Marchand most certainly got the better of DeAngelo and the Hurricanes in the Game 4 victory with the star forward amassing five points on two goals, including the go-ahead tally at the beginning of the third period, and three assists.

The first-round series between the Bruins and Hurricanes continues with Game 5 on Tuesday at PNC Arena. Puck drop is scheduled for 7 p.m. ET, and you can watch the game, plus an hour of pregame coverage on NESN. 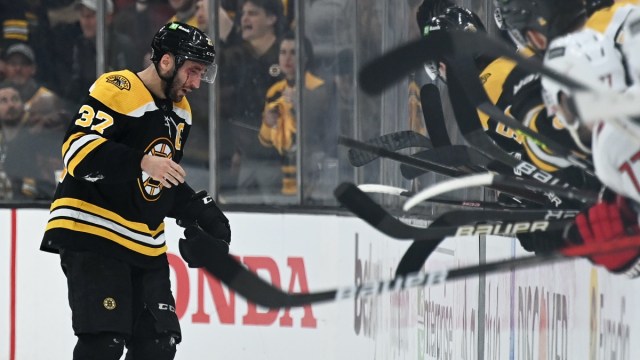 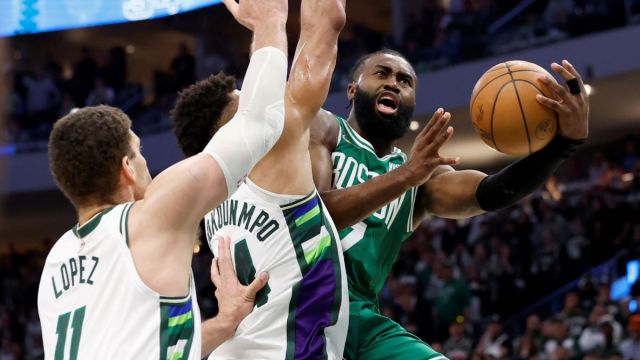