BOSTON — The Milwaukee Bucks made it clear to Grant Williams and the Celtics they were willing to let Boston’s role players throw it up from long range as a means to protect the paint in Game 7 on Sunday at TD Garden.

Williams, who made his first 3-point attempt before missing the next two, showcased hesitancy after a few early misses before he caught the ire of Celtics head coach Ime Udoka and the rest of the team.

“I told him, ‘Let it fly.’ They’re disrespecting you more tonight than earlier in the series,” Udoka said of his message to Williams after Boston’s eventual 109-81 victory to advance past the Bucks. “We saw after the first one that he made and missed a few, got a little hesitant. I basically said, ‘Shoot the ball, what else can you do? Stop diving into the crowd, take the shot that they’re giving you.’ “

Williams responded by taking a playoff-record 18 3-pointers, breaking the previous record set by Golden State Warriors sharpshooter Steph Curry. Williams hit seven of those attempts from long range, helping the Celtics shoot 40% from beyond the arc, en route to a game-high 27 points (10-for-22 from the field). Boston was 4-0 in the series when they shot 38% or better from long range.

Celtics teammates were happy to see Williams make plays in Boston’s offense while not forcing a jumper.

“Every shot he took tonight was a great shot,” Celtics star Jayson Tatum said of Williams. “He took 22 shoots and easily could have had 30. I feel like he passed up and was hesitant because he missed a couple in a row. And I think regardless, we just say to play the right way, make the right plays. And if Grant took 10 open shots in a row, you know, that’s what we expect. If guys be hesitant and pass up open shots, it kind of (ruins) the rhythm that we play off. So we tell everybody when you’re open shoot the ball.”

Jaylen Brown added: “I told him he has to shoot. Like, I know that’s what they want but it’s a wide open shot and he’s a good shooter. The way they were guarding us, they were taking away some of the things that are my advantages driving into the paint, trying to be aggressive. So if they’re off that far you have to shoot it or go into another action right away. But preferably, if Brook Lopez is going to be in the paint, you got to knock that shot down, that’s the best shot. I told him, ‘I believe in you. You know, Grant Curry, knock it down.’ “

Williams acknowledged how it was tough to get in his own head while being told consistently by Celtics teammates they wanted him to shoot. Williams shot a much-improved 41% from long range during the regular season after shooting 37% from behind the 3-point line last season.

“Grant played great tonight,” Tatum said. “But obviously tonight we needed it. He came up big, played amazing, had 27 points. And in the playoffs you need that. You need guys coming off the bench to be a starter in their role. I’m extremely happy for him.”

The Celtics now will get set to travel to the top-seeded Miami Heat. Game 1 of the Eastern Conference Finals is set for Tuesday in Miami. 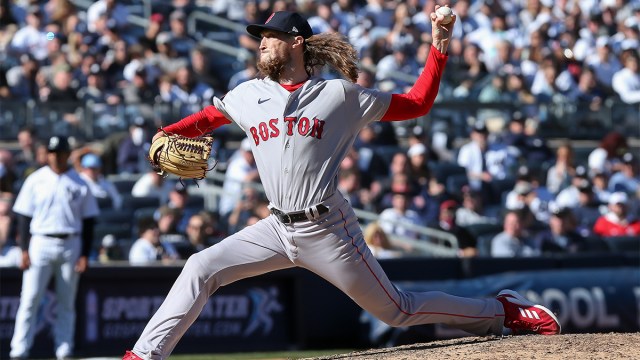 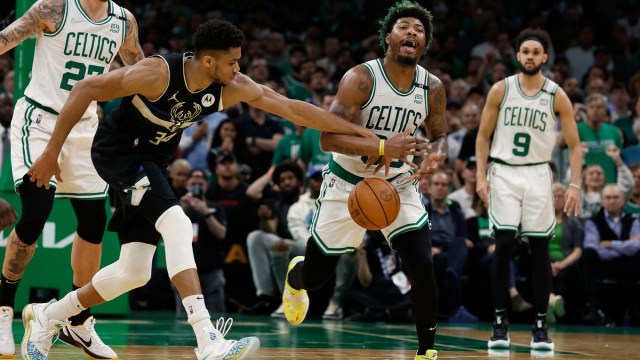 How Celtics Feel After Physical Series Against Giannis Antetokounmpo, Bucks