Turnovers have been a constant issue for Jaylen Brown and the Boston Celtics during the Eastern Conference finals.

And almost immediately in Game 5 on Wednesday night against the Miami Heat, Brown struggled to take care of the basketball once again.

Brown was repeatedly stripped by Heat defenders on drives to the basket as the Celtics star turned the ball over four times in the opening frame alone. The transgressions were so alarming — after all Brown just had seven turnovers in Boston’s Game 3 defeat — that Celtics coach Ime Udoka had a pointed messaged for Brown late in the quarter.

“Just the same thing. The crowd is there. You’re acting like you’re surprise that they’re reaching and poking it from behind,” Udoka told reporters following Game 5 of what he said to Brown. “It wasn’t as much like live-ball turnovers (or) trying to make a nice pass. It was literally getting taken from us. So, be strong with the ball. It’s five games in now. We’ve made too many of these type of turnovers not being strong with the ball in a crowd. He understood that.”

Brown certainly got the message as after his sloppy play through the opening 12 minutes, he didn’t commit another turnover for the rest of the game.

Brown erupted in the second half as well, pouring in 19 of his game-high 25 points over the final two quarters to spark Boston to a 93-80 victory at FTX Arena.

Brown said following the game that Udoka told him to “just play basketball” after his slow start, and despite the Heat constantly getting Brown to cough up the ball, he has no plans to change his style with Game 6 looming on Friday night at TD Garden.

“I’m going to keep being aggressive,” Brown said. “I’m going to keep getting into the paint, making them stop me. I just got to do a better job of finding the right guy, and hopefully some of those hand-checking calls, I’ll get one.” 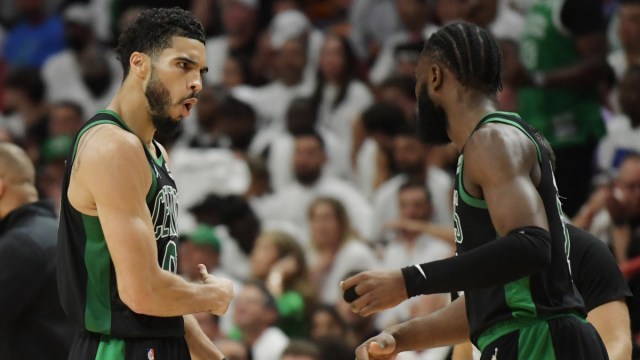 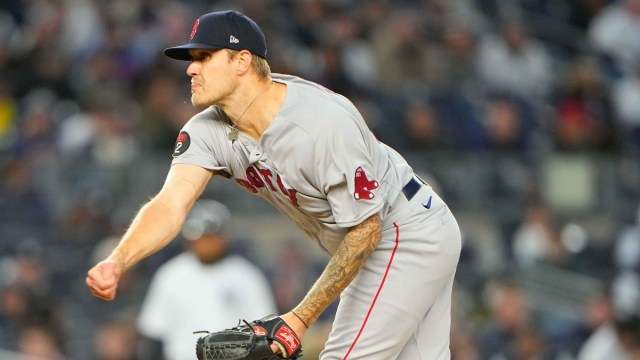