Al Horford is in his fourth season with the Celtics after two years playing with other teams, and Boston improved so much more than Horford could imagine.

After spending a season with the Philadelphia 76ers and the Oklahoma City Thunder, Horford returned to the Celtics and has become a key contributor in Boston’s run to the NBA Finals. The big man made the most of his Finals debut and helped the Celtics win Game 1 against the Golden State Warriors. Horford explained what he has done to improve his game and how the Celtics have changed since the two years he had been away from the team.

“For me this time around, Jayson (Tatum), Jaylen (Brown) and Marcus (Smart) have taken huge steps as players,” Horford told reporters Saturday. “They’re in another level than when I was here the two years prior, and Rob Williams comes in — Rob, just unbelievably the leap that he took from one year to another, and then with me coming in, it was just seeing that. And for me individually, it was just having the opportunity to play and show what I can do.

“I always felt confident in how I can impact the team and how I can play, and it’s a little frustrating when you’re not able to carry out or do those things. And the way that I took it was I’m gonna put my head down and just continue to work during those years in Philly, during the year in Oklahoma, get better and wait for my time. And I knew the time was gonna come that I was gonna be in these types of positions and have this opportunity, and now that it’s here, I’m just very grateful, really making the most of it.”

Tatum was a rookie when Horford was in his second season in Boston. That team fell short in the Eastern Conference finals to LeBron James and the Cleveland Cavaliers, but it sparked the potential of the Celtics to become a title contender.

Tatum recalled that time in his career and explained how the Celtics’ defense has improved since then.

“Until then, that was the best defensive team I ever played on,” Tatum said to the media. “We had Al back then and (Aron) Baynes, how much of a force he was in the paint. I think what’s different now is Smart is the Defensive Player of the Year. Not to say he wasn’t a great defender but he’s gotten better, as well as I. Now we have Rob, and JB is a much better defender.

“I think a lot of those core guys just got older and more experienced. That was a great defensive team, and I think what makes us a better defensive team now that is the individual defenders are better and obviously, with the different concepts that we instill now.”

Statistically, the Celtics were a better defensive team in 2017-18 (103.2 defensive rating) compared to now (106.2). However, offenses have gotten better since then, and the Celtics have ridden their No. 1 defense to the NBA Finals and will hope it can lead them to banner No. 18. 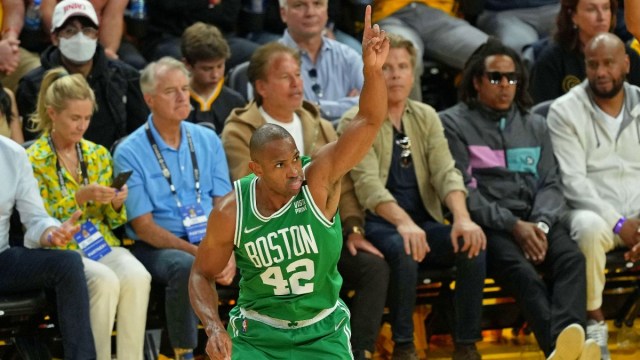 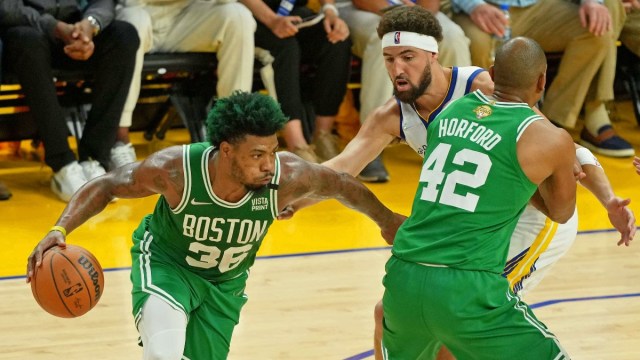