The chippiness between the Celtics and the Warriors reached a new level Sunday night at Chase Center.

Tensions rose in the final minute of the first half when Jaylen Brown and Draymond Green found themselves in a bit of a dust-up. After a Green foul on a Brown 3-point attempt left both players on the floor, the Boston guard swung the Golden State forward’s leg off his shoulder. Green then gave Brown a light shove in the back and appeared to tug on the latter’s shorts while he worked his way up to his feet.

Green, even upon official review, was not issued a technical foul, but Brown believes said punishment was appropriate for those actions.

“I feel like that was an illegal play,” Brown told reporters after the Warriors’ 107-88 win, as transcribed by ASAP Sports. “I feel like they could have called it, but they let it go in terms of a technical either way. But I don’t know what I was supposed to do there. Somebody got their legs on the top of your head and then he tried to pull my pants down. I don’t know what that was about.

“That’s what Draymond Green does. He’ll do whatever it takes to win. He’ll pull you, he’ll grab you, he’ll try to muck the game up because that’s what he does for their team. It’s nothing to be surprised about. Nothing I’m surprised about. He raised his physicality to try to stop us and we’ve got to raise ours. Looking forward to the challenge.”

It sounds like we should expect to see Brown and his Celtics teammates play with more of an edge the next time Boston and Golden State meet. Game 3 of the NBA Finals is slated for Wednesday night with a tipoff from TD Garden scheduled for 9 p.m. ET. 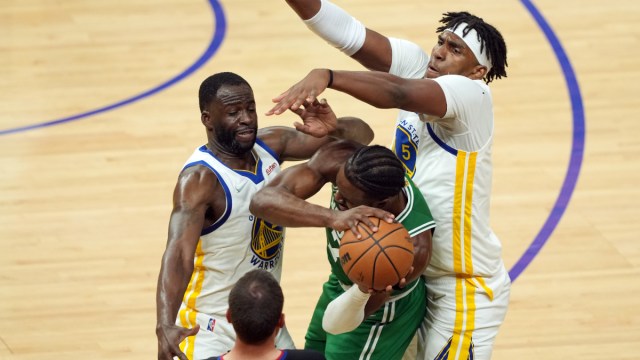 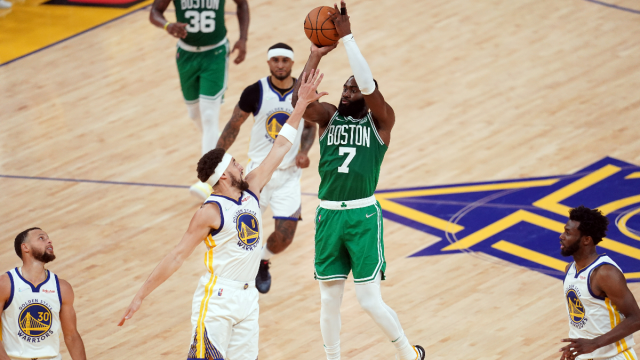