After a strong end of May and 10-2 start to the month of June, the Boston Red Sox should start looking to invest in this 2022 team, particularly via trade.

The MLB trade deadline is set for Aug. 2, a few days later than usual. That doesn’t mean the rumor mill will be delayed, as there are plenty of trade chips to be discussed.

Here are four realistic trade targets for the Red Sox:

Washington Nationals first baseman Josh Bell
The Red Sox have proven offense is far from their biggest need as their bats have heated up recently. Still, if the team did decide to upgrade the lineup, first base would be the priority. While Franchy Cordero has provided a boost, he’s not exactly a Gold-Glove caliber defender and is a better fit at corner outfield. Bobby Dalbec has yet to find the groove he was in to end the 2021 season, hitting a mere .199 with five doubles, a triple, five home runs, 16 RBI and a well below-league average .608 OPS.

Dalbec thrived a year ago when he was paired with a slugging first baseman acquired from the Nationals at the deadline to allow manager Alex Cora to only play the former top prospect in favorable matchups. Kyle Schwarber is not walking through that door, but Red Sox chief baseball officer Chaim Bloom could make an early similar move to attain Bell.

Bell is on the final year of his contract on a last-place Nationals team that will almost certainly sell. The 29-year-old switch hitter is their best realistic trade chip, batting .294 with 10 doubles, a triple, seven home runs, 38 RBI and a .809 OPS. He would be a strong addition to the latter half of the lineup with some pop and ability to get on base and keep the line moving.

Pittsburgh Pirates starter José Quintana
Bloom is known to zig when the rest of the MLB zags. While his peers look to acquire Frankie Montas from the Oakland Athletics and Luis Castillo from the Cincinnati Reds, it would not be far-fetched for Bloom to look elsewhere.

Quintana, 33, is 1-4 with a 3.53 ERA and a 50-20 strikeout-to-walk ratio in 58 2/3 innings — 12 starts. The veteran right-hander is past his prime and on a contract year, meaning it would not cost much to acquire him. Like Michael Wacha, Quintana appears to be a low-cost, high-reward option for Boston.

It might look like the Red Sox will have an overload of starters entering the deadline, but betting on Chris Sale’s health has never been fruitful, and James Paxton will not be at 100% fresh off Tommy John surgery.

Pirates reliever David Bednar
A year ago the Red Sox traded for a Pirates reliever with multiple years of arbitration left on his deal, and it has worked out quite well so far. Bloom made the move to trade for Austin Davis last summer, who currently has a 1.46 ERA in 2022.

Bednar could return similar value amid a breakout season. The 27-year-old righty is making his mark this season to the tune of a 1.24 ERA with a superb 38-6 strikeout-to-walk ratio combined with only 17 hits allowed in 29 innings of work this season. His performance does not appear to be a fluke either, as he recorded a 2.23 ERA in 60 2/3 innings as a rookie in 2021.

Bednar fits the mold of Bloom’s philosophy — setting the team up for both immediate and future success. He is under team control through the 2026 season.

Chicago Cubs reliever David Robertson
Robertson is a great short-term option for the Red Sox should they decide to have a fairly quiet deadline. The 37-year-old has an impressive 1.59 ERA that does not get the attention it deserves for a 23-38 Cubs team that will assuredly sell.

Robertson is in a contract year and should not cost too much to acquire. He’s also a potential closer candidate should Cora decide to bolster the back-end of the bullpen despite Tanner Houck’s candidacy for the position. 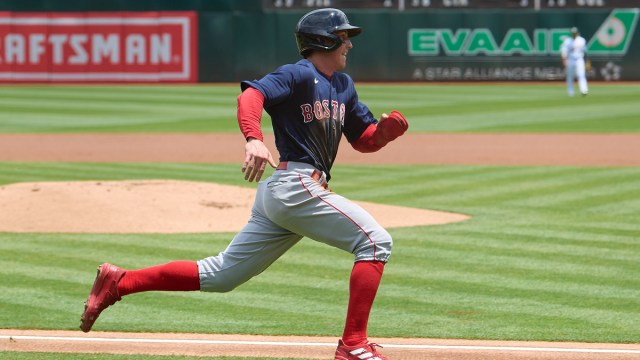 Red Sox Announce Slew Of Roster Moves Ahead Of Game Vs. Athletics 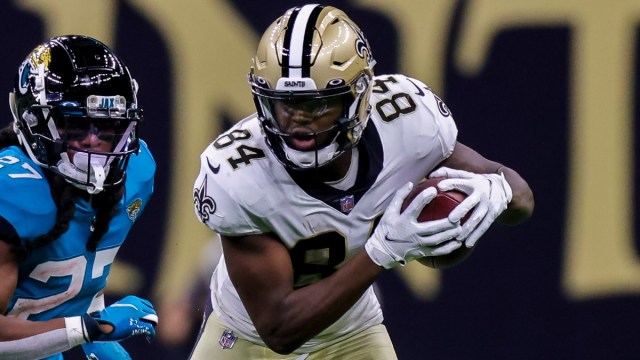