Eight of the team’s 10 draft picks took the field in minicamp. Here’s a closer look at how each performed in the two practices, which were closed to the public but open to reporters:

OL Cole Strange (first round)
Strange looks poised to become the first Day 1 rookie starter on the Patriots’ offensive line since Joe Thuney in 2016. He’s been firmly entrenched at left guard on the top unit since the start of the spring and has impressed position coach Matt Patricia with his athleticism.

Strange also flashed his trademark relentlessness after two Patriots turnovers, aggressively diving for the ball after a Nelson Agholor fumble and wrapping Malcolm Butler in a bear hug after an interception. The former sparked a brief scuffle between Strange and Matthew Judon, though the Pro Bowl edge rusher later praised the rookie’s “great hustle.”

WR Tyquan Thornton (second round)
The book on Thornton is that he’s uber-fast but extremely skinny, and both of those attributes were apparent this spring. The Baylor product didn’t see much first-team run in minicamp, with just one of his seven receptions across the two practices coming from starting quarterback Mac Jones. He also repped with the scout team when the offense split into two groups.

Thornton did catch seven of his eight targets in competitive team drills, however — with the lone incompletion coming on a Bailey Zappe heave down the sideline that sailed out of bounds — and saw considerable work as a punt gunner. On one punt, he sprinted downfield and caught a well-placed Jake Bailey boot just shy of the goal line.

CB Marcus Jones (third round)
Jones practiced in a red non-contact jersey and he continued to recover from offseason double shoulder surgery. He saw sporadic reps in competitive drills, breaking up a Brian Hoyer pass that was intended for Jonnu Smith, and took punt return reps after practice.

One of the Patriots’ smallest players (5-foot-8, 175 pounds) and a prodigious return man in college, Jones should compete for playing time at slot corner and both return roles once he’s fully healed.

CB Jack Jones (fourth round)
One of the biggest risers of minicamp, the other Jones in this Patriots draft class rotated in with the first-team defense and should challenge the likes of Jalen Mills, Malcolm Butler and Terrance Mitchell for a starting role in New England’s wide-open cornerback competition.

It wasn’t a perfect week for the Arizona State product, who allowed two long completions to Agholor on Day 2, but he showed off his ball skills by intercepting one Zappe pass and punching the ball out of Agholor’s hands for a forced fumble. Jones was the only Patriots defender with multiple passes defended across the two minicamp sessions.

One lingering concern is Jones’ size, which could become an issue once the pads come on and receivers can be more physical. Listed at 5-11, 175, he acknowledged he needs “to gain some weight” before his rookie season.

RB Pierre Strong (fourth round)
The most notable development for Strong was his work as a kick returner. He returned just one kick during his college career at South Dakota State, but his elite speed (4.39-second 40-yard dash) makes him an intriguing option in that role.

Offensively, Strong caught all three of his targets across the two practices, including one from Mac Jones. He could make a push for playing time if James White struggles in his return from hip surgery, though third-year pro J.J. Taylor was the biggest beneficiary of White’s limitations last week. It’s difficult to draw any conclusions about a player’s rushing ability in non-padded practices.

QB Bailey Zappe (fourth round)
As expected, Zappe was QB3 this spring, repping behind Mac Jones and Brian Hoyer and leading the scout team when the offense split. Per NESN.com’s charting, he went 7-for-11 with an interception in 11-on-11s and 9-for-12 with a pick in 7-on-7s across the two minicamp practices. One interception was a badly underthrown deep ball that Jack Jones hauled in; the other was fired straight into the chest of linebacker Jahlani Tavai.

In both practices, Zappe received direct instruction from head coach Bill Belichick, who coached up the former Western Kentucky star while he ran through passing drills with New England’s running backs. He also was one of the last players to leave the practice field each day.

Zappe will look to challenge Hoyer for the top backup job this summer, though both QBs likely will be on the roster regardless.

RB Kevin Harris (sixth round)
Several members of this Patriots draft class are on the smaller side for their respective positions. Harris is not. He’s built like a tank, with massive thighs and calves.

Harris caught three passes from Mac Jones in minicamp but also had a drop and was reamed out by special teams coordinator Cam Achord for a botched blocking assignment on a kickoff return. As a sixth-round pick, he isn’t guaranteed a roster spot and will need to earn it in training camp and the preseason.

DL Sam Roberts (sixth round)
It’s difficult for interior defensive linemen to stand out in non-contact practices, and Roberts didn’t this spring, positively or negatively. The Division-II product looks the part, though, with long arms and a well-built frame. He’ll be a player to watch in 1-on-1s this summer.

OL Chasen Hines (sixth round)
Hines did not participate in any of the Patriots’ open spring practices.

OL Andrew Stueber (seventh round)
Ditto for Stueber, with Belichick saying he and Hines were “not ready to be out there.” We’ll see if either the late-round linemen is healthy enough to take the field in training camp. 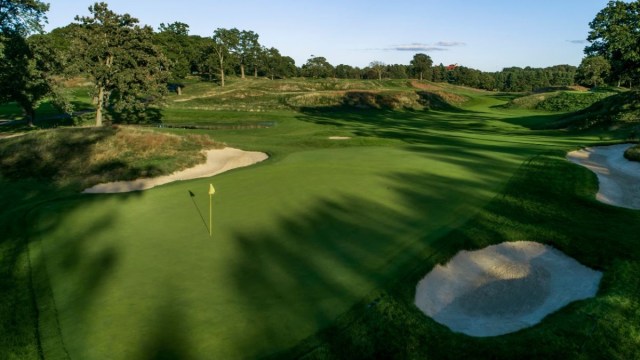 U.S. Open Preview: What To Expect From Historic Country Club In Brookline 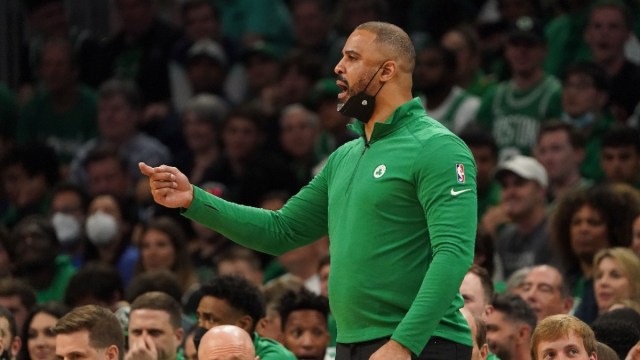