The scene was nowhere close to last weekend’s Mariners-Angels brawl, but tempers flared between the Red Sox and the Blue Jays on Wednesday night at Rogers Centre.

Toronto, for whatever reason, took great exception to Nick Pivetta hitting Alejandro Kirk with a first-pitch fastball with two outs and a man on first in the bottom of the third inning. Both Vladimir Guerrero Jr. and manager Charlie Montoyo emerged from the dugout to voice their displeasure with Pivetta, and the ever-fiery Red Sox right-hander barked back.

Both benches cleared, but there was no pushing and shoving. The series finale, which concluded with a 10-inning win for Boston, quickly resumed and there was no other extracurricular activity for the remainder of the contest.

After the game, Pivetta criticized the Blue Jays for putting gasoline on the fire.

“I think it’s unwarranted, the way that they reacted,” Pivetta told reporters, per MLB.com. “I think it’s spare parts, for lack of a better term. I’m trying to win a baseball game.”

Boston and Toronto won’t have to wait terribly long to see each other again. The Blue Jays are set to visit the Red Sox for a three-game series at Fenway Park beginning July 22. 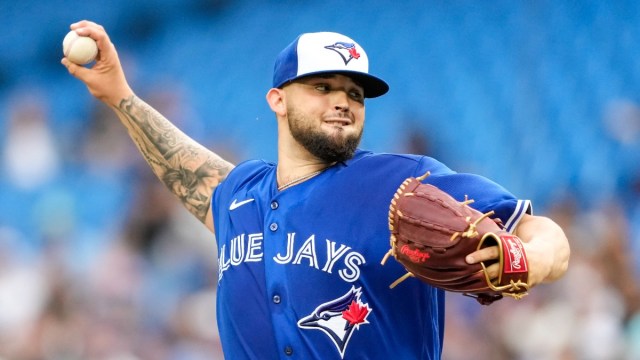 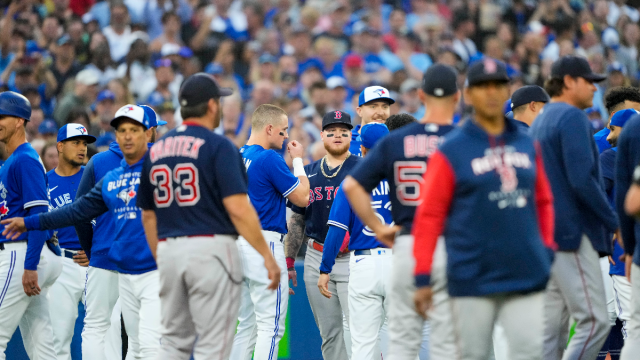