A perfect 2022 for Isaiah Wynn would go something like this: Show up to OTAs, play well at left tackle during spring and summer practices and carry the strong work into a successful regular season for the Patriots — basically, the opposite of what happened last year.

Wynn might wind up having a great 2022 in New England, but, so far, things are off to a curious start.

Despite not establishing himself as a franchise tackle and missing 35 of 70 games over four seasons, Wynn skipped voluntary OTAs this spring after doing the same thing last year. The absences caused many to wonder whether the 2018 first-round pick, due $10.4 million this season, could land on the trade block. Wynn later reiterated that the practices are voluntary and said he “was working” while away from his teammates.

However, as expected, Wynn was present last week for the Patriots’ mandatory (and, ultimately, abbreviated) minicamp. But, from the first snap, there was something noticeably different about the 26-year-old’s usage: He was playing right tackle, with Trent Brown or Yodny Cajuste at left.

Wynn hasn’t played right tackle in the NFL and made zero starts at the position while at Georgia. It’s a pretty big change, despite his attempts at downplaying it.

“It’s like playing left tackle, it’s just on the opposite side,” Wynn said after last Wednesday’s minicamp practice. “It’s the same position just different sides. From a technique standpoint it’s all the same but instead of working with your left, you’re working with your right. That’s what it is.”

Wynn added: “Playing left all the time and then having to flip, that’s like you being right-handed and then you’re trying to write with your left hand. But you get used to it the more you work at it, the more you practice. I will be wherever they need me to be at.”

Right tackles normally make less money than left tackles, so Wynn would be justified in being miffed at the move as he enters a contract year. Still, to his credit, he said all the right things — albeit with a wry smile.

Bill Belichick was Bill Belichick when asked about Wynn playing right tackle, giving reporters essentially nothing to work with. But, with the caveat that we never know what the Patriots really are thinking, Wynn’s comments sure made it seem like this position switch could be for real, and not just an example of New England trying new things for the sake of springtime experimentation.

With that in mind, let’s go over a few possible interpretations for Wynn playing right tackle during minicamp.

1. It’s much ado about nothing
It’s not outside the realm of possibility for the Patriots to have Wynn back at left tackle for the start of training camp. Be it due to Wynn looking bad at right tackle or Belichick simply wanting to tinker with different looks during the spring, Wynn’s move to the right side might’ve been nothing more than an interesting two-day project. Far stranger things have happened in New England.

2. Balance on the offensive line
If the Patriots went with a left-to-right lineup of Wynn, Cole Strange, David Andrews, Mike Onwenu and Brown, they’d be going with two undersized, athletic linemen on the left with two stout, powerful linemen on the right. Conversely, a lineup of Brown, Strange, Andrews, Onwenu and Wynn would give New England power and athleticism on both sides with Andrews a stabilizing force in the middle. Perhaps the Patriots believe the latter approach is a better fit for the current offense than the former.

3. What’s best for Cole Strange?
There’s a lot riding on Strange, New England’s wildly controversial first-round pick. While the Chattanooga product looks to be a plug-and-play starter at left guard, we’re still talking about a rookie from an FCS school, and a relatively undersized one at that. Is it in Strange’s best interest to be playing next to a smaller left tackle who at times looks totally lost? Flanking Strange with Brown, who is enormous, and Andrews seemingly would help him on multiple fronts as he gets his feet wet in the pros.

4. A straight-up demotion
Wynn hasn’t been terrible, but he’s been decidedly middle of the road as the Patriots’ starting left tackle, prone to frustrating peaks and valleys. Plus, his injury history and commitment deserve to be questioned. With protecting and developing Mac Jones the top priority in Foxboro, Belichick might be looking to upgrade or, at the very least, find more consistency.

5. Laying the groundwork for a trade
Wynn’s $10.4 million salary-cap hit would rank 14th among left tackles in 2022. That’s both tolerable and fair. However, at right tackle, he would rank sixth, roughly $400,000 behind fifth-place Mike McGlinchey of the San Francisco 49ers. Does Wynn deserve to be paid like one of the top five players at his position? Perhaps if he turns into a stud right tackle, but save that, probably not. The Patriots are nothing if not a value-first organization, and it’s easy to imagine Belichick having issues with overpaying for an average player who regularly skips OTAs. So, the logical next step would be to trade Wynn with the added benefit of freeing up needed cap space. As for what the Patriots could get in a deal, reports are mixed on Wynn’s current trade value.

Bonus: A shift in offensive scheme
The Patriots showed a lot of zone-blocking formations during OTAs and Day 1 of minicamp before going more by the books in their final practice. If the plan is to channel Kyle Shanahan and incorporate a lot of zone running, then putting Wynn at right tackle could make sense. In general, right tackles usually are among the top run blockers on NFL rosters, as most running plays go to the ride side. This isn’t a one-size-fits-all deal, but it’s worth bringing up. Additionally, limiting Brown’s activity in the running game might be a good idea, given his nagging calf injuries. 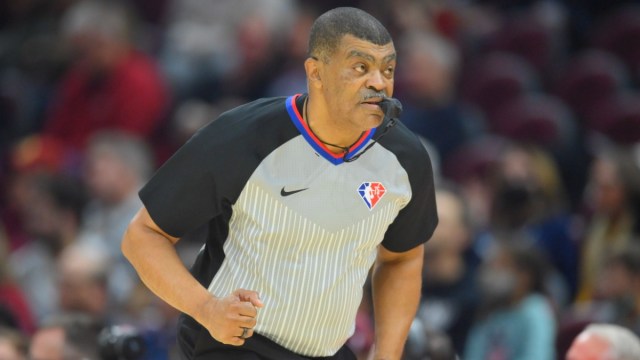 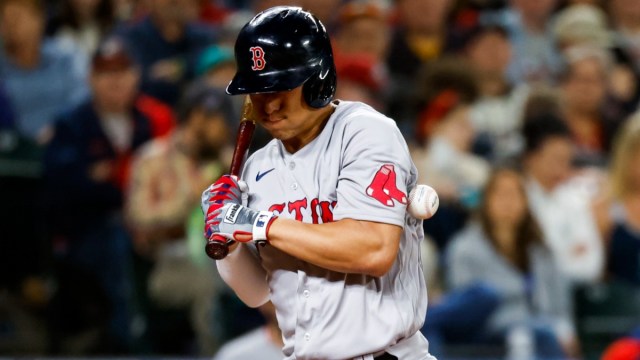