Celtics fans basically have seen Jayson Tatum grow up before their very eyes.

The same goes for Tatum’s son, Deuce, who’s been a frequent guest at TD Garden throughout his dad’s NBA career, even stealing the spotlight at times during Boston’s current postseason run.

The journey started in 2017, first with Tatum, then 19, being drafted third overall by the Celtics in June and continuing with Deuce’s birth in December. Tatum, now 24, since has blossomed into an NBA superstar with Boston, all while setting an example early in his fatherhood.

“My mindset was not to sacrifice either, that I was going to be the best father as I could as well as the best basketball player,” Tatum told reporters Tuesday, one day before Game 3 of the 2022 NBA Finals against the Golden State Warriors. “There was no guideline and there was no exact way to do it. It was all about what was natural.

“I think that’s what it is: I just do what’s natural. I’m around him every day. I think being able to go through this journey together — because I was 19 when I got drafted — it’s kind of like we’re growing up together. As he’s gotten older and I’m going through my career, sharing these moments and experiences together as we grow up, I think it’s the coolest part for me.”

There’s been no shortage of adorable moments starring Deuce — from him falling asleep courtside while Dad balled out to him trying to slap Marcus Smart on the rear end during an inbounds pass and him refusing to high-five Grant Williams in the Celtics’ locker room.

It’s brought a certain levity to the C’s, with the team seemingly embracing the family dynamic, and Tatum is relishing the opportunity to spend so much time with his son amid a busy NBA schedule.

“I don’t know if it’s intentional as much as it’s just natural and what we do,” Tatum said. “I realize that I do have a platform and things like that. So, if I am a role model for young fathers around the world, that’s great. I think we need more role models like that. Just to have more male fathers be present and things like that, and show that you can do both, regardless of wherever you work or whatever your profession is.”

Just think, someday we might see Deuce Tatum in green while his father’s number hangs from the TD Garden rafters. And we’ll look back on these moments as being an experience that paved the way. 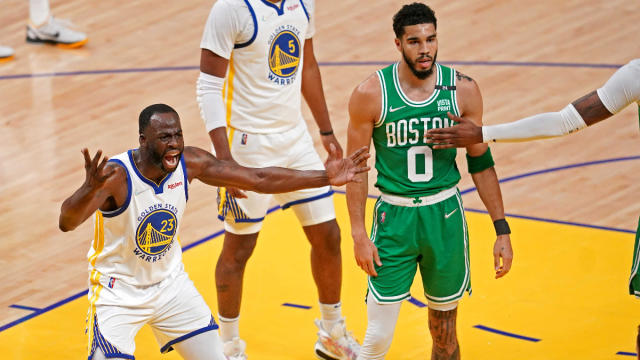 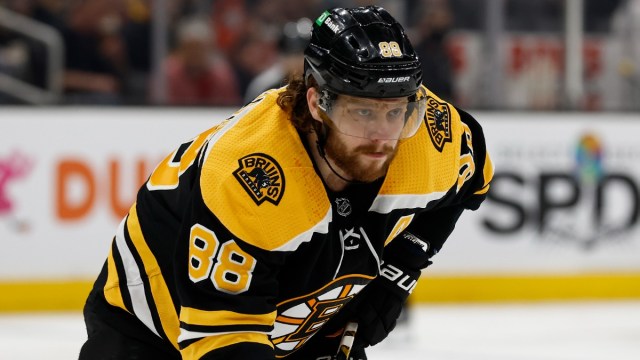