Many refer to the Boston Red Sox storied closer from 2006 to 2011 as Jonathan Papelbon, but he would tell you that Cinco-Ocho was the one toeing the rubber for the ninth inning.

The story was brought up when Boston’s newest high-leverage reliever John Schreiber explained how he does not feel like the same person on the mound compared to normal life in the clubhouse.

“I feel like I’m a different person close up, talking to people than I am when I’m out in the bullpen getting ready to come in here, cause I’m yelling and stuff like that,” Schreiber told NESN’s Tom Caron on the “TC & Company Podcast” on Thursday.

The story prompted Caron to tell a tale about one of the best relievers of a generation echoing a similar mindset.

“Jonathan Papelbon when he was here, when he was closing used to tell us that he really liked coming out of the bullpen,” Caron said. “He almost felt like a character. Like he wasn’t himself. He was Cinco-Ocho, he (wore) 58, Ocho-Cinco was a football player. But he was like ‘I would become Cinco-Ocho. I would become this badass dude. It wasn’t really who I was necessarily but I had to be.’ “

After hearing the story, Schreiber explained how his similar mindset helps him on the mound.

The right-hander should stick with whatever mindset he currently possesses, as he is about as productive as humanly possible at the moment. After his latest scoreless outing in the Red Sox 6-5 win over the Toronto Blue Jays, Schreiber is 2-0 with two saves, 14 holds, and an insane 0.73 ERA in 24 2/3 innings.

To hear the full conversation about a secret tradition following wins involving Chris Sale, Schreiber’s career arc and how he changed his approach to become a force for the Red Sox, check out the latest episode of the “TC & Company Podcast” on iTunes or Spotify. 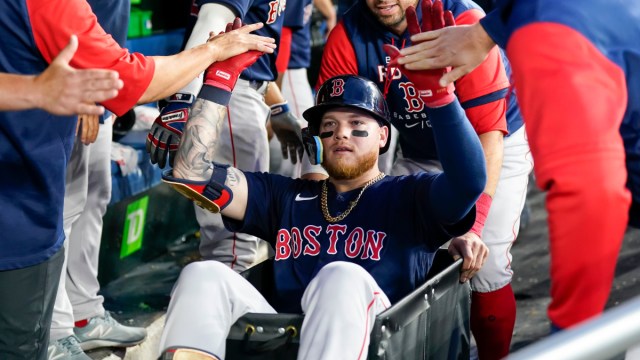 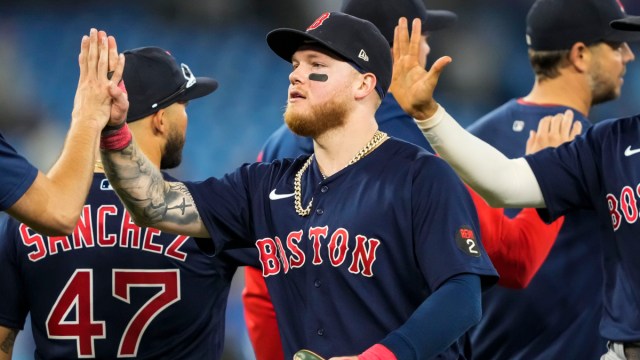