The Boston Celtics know there’s still plenty of work to be done after beating the Golden State Warriors 120-108 in Game 1 of the NBA Finals on Thursday night.

And if they didn’t, Marcus Smart offered a stern reminder in the visitors’ locker room at Chase Center after Boston’s improbable comeback victory.

“Play how we do. We didn’t let them affect us. They went on a run. We responded,” Smart told his teammates in a postgame video shared by the Celtics’ official Twitter account. “That’s how this series is going to go. We’re playing against a really good team who’s been here, who understands what energy it has to bring. We can’t lack that. We’ve got to do what we did every night. That’s how it’s going to be. That’s how we’re going to come out. It’s one game. We’re on to the next one. One game at a time.”

The Celtics looked dead in the water after three quarters Thursday, with the Warriors building a 12-point lead heading into the final frame. But Boston kept pushing — an effort that was reflected on both ends of the floor — and ultimately outscored Golden State 40-16 over the last 12 minutes to seize Game 1.

To say it was a huge win for the Celtics would be an understatement, as they’ve now guaranteed themselves at least a split before the series shifts back to Boston for Games 3 and 4. It’ll be important for Boston to bring the same energy and execution for Game 2 on Sunday night, especially with the C’s oftentimes struggling to maintain momentum from game to game throughout their playoff run.

“We’ve just got to go watch the film. We’ve got to focus on the things we did right. We can’t get too high and we can’t get too low,” Smart told reporters after Game 1, shedding light on how the Celtics can keep their foot on the gas. “Tonight was one of those games where we can’t get too high. We played very well, but we have to match that energy the next game, and we understand that.

“We all know this game is a game of runs. You don’t go into the game planning to play bad. Things happen. You just got to find a way. Sometimes, it doesn’t work that way.”

One down. Three to go. Time to turn the page. 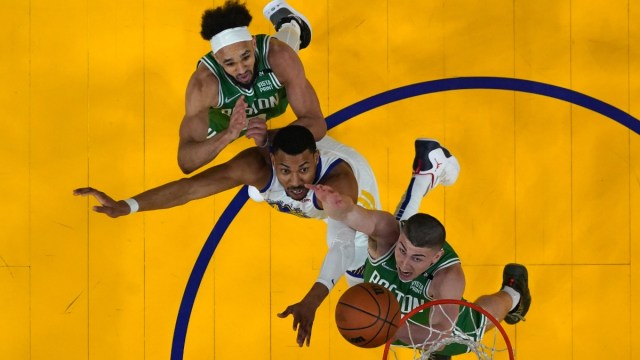 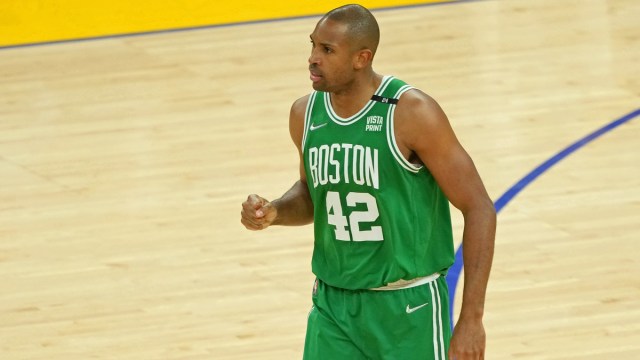 No, Al Horford Did Not Blow Kiss To Warriors Fans In Celtics’ Game 1 Win