Russell Fitzpatrick wore a Boston Red Sox hat as he embraced his son on the green of the 72nd hole at The Country Club in Brookline, Mass. The Fitzpatrick clan might as well be honorary New Englanders at this point, as Matthew became just the second player in men’s golf history — joining Jack Nicklaus — to win the U.S. Amateur and the U.S. Open at the same course after he won the amateur crown in Brookline back in 2013.

It sure wasn’t easy, though. Fitzpatrick, who started the day tied for the lead, had to hold off a furious but fading charge from Scottie Scheffler, as well as a gutsy effort from his playing partner, Will Zalatoris.

Fitzpatrick passed the toughest test in golf in large part because of his steely resolve on the back nine. After going out in 33, Fitzpatrick bogeyed the 10th and 11th, the latter paired with a Zalatoris birdie could have caused his confidence to wane. However, he bounced back with a par at 12, and then after going long to the back of the green on the par-4 13th, he hit the putt of his life.

Despite a seemingly partisan crowd pulling for Zalatoris, Fitzpatrick electrified the gallery in the corner of the property by dropping a 48-foot birdie putt at 13 to start a dash to the finish line.

It takes a little luck to win the U.S. Open, too. After matching pars at 14, both Fitzpatrick and Zalatoris hit wayward drives to the left at the par-4 15th. Zalatoris’ ball was nestled deep in the rough, but Fitzpatrick caught a break by hitting it into the gallery with the ball coming to rest on trampled turf, thanks to a fortunate bounce.

“I didn’t realize how far right it had gone,” Fitzpatrick said. “I should have shouted fore. I hope I didn’t hit anyone there.”

“It’s funny, I feel like all year we’ve just had moments where I’ve just not caught a break, just not had a lie, just not had a bounce. This time I get there, and the ball’s sitting perfectly.”

Fitzpatrick took full advantage, launching his second shot 224 yards to the green, coming to rest within 20 feet of the cup. He drained the 19-foot putt to get to the eventual winning score of 6-under.

But in order to finish the deal, he had to fend off the hard-charging competitors. He avoided Scheffler, who ran out of holes. Zalatoris had his chance on the 18th hole, and he looked to be in the driver’s seat after Fitzpatrick pulled his 3-wood left and found a fairway bunker.

One day after we saw Jon Rahm blow up his tournament with a bunker shot on the 18th hole, Fitzpatrick instead sealed the biggest win of his career with one of the greatest shots we’ve seen in recent major championship history. Fitzpatrick launched 9-iron high into the cloud-covered sky. The volley improbably carried the greenside bunkers in front of TCC’s storied clubhouse and came to rest 18 feet from the pin.

“Yeah, it’s one of the best shots I’ve ever hit, there’s no doubt about it,” he said. “You look throughout the week, the shots that you hit and the different times, it’s strange because that probably is such a huge shot in the moment.”

“Matt’s shot on 18 is going to be shown probably for the rest of U.S. Open history because that — I walked by it, and I thought that going for it was going to be ballsy, but the fact that he pulled it off and even had a birdie look was just incredible.”

Fitzpatrick almost holed the walk-off putt. When he didn’t, he survived a birdie attempt from Zalatoris — who thought he made it — and that meant, for the second straight major, the Texas native would fall one shot short.

It also clinched a title for Fitzpatrick, who finished up his par to make history and solidify his career forever.

“Just happy to be unbeaten around this place,” Fitzpatrick said. 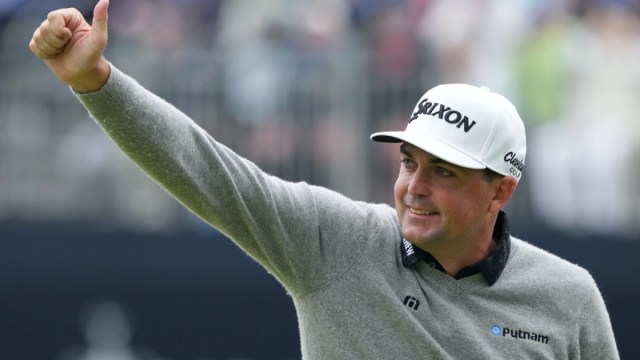 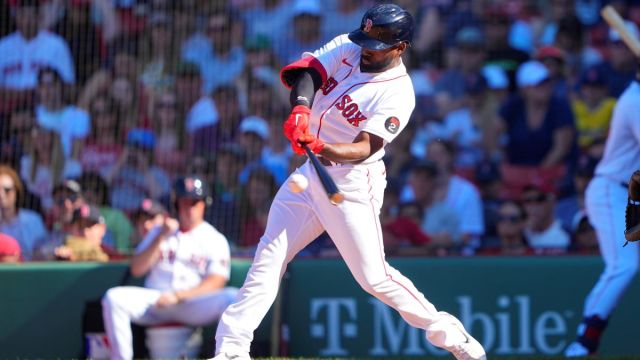