NFL commissioner Roger Goodell probably didn’t expect the conversation to turn as it did Wednesday when addressing the House Oversight Committee in a Capitol Hill hearing room.

Goodell appeared on video to answer questions pertaining to the Washington Commanders, formerly the Washington Football Team and Washington Redskins, and the organization’s workplace culture that has recently come under fire for allegations of sexual harassment.

That topic, however, wasn’t the only one that Goodell was left addressing. The NFL commissioner also was asked about two of his favorite topics: Barstool Sports founder Dave Portnoy and “Deflategate.”

After getting into a back and forth with Jim Jordan, a Republican from Ohio, regarding why Portnoy has been banned from covering NFL games and events, Goodell was asked about the well-established Deflategate involving the New England Patriots and former Patriots quarterback Tom Brady.

Pat Fallon, who was born in Pittsfield, Mass., and currently is a Republican congressman from Texas, took part in a long-winded question regarding the Patriots’ win over the Indianapolis Colts in the 2014 AFC Championship Game in January 2015.

“To be frank with you I’m angry and I’m concerned,” Fallon started. “Last week marked the 50th anniversary of Watergate, which was a scandal that led to a series of felony convictions and the first resignation of a United States president. And it tore at the very fabric of American society. And seven and a half years ago, another scandal rocked our nation, threating the very core and foundation of our republic. That being, of course, Deflategate.”

Fallon went on to come up with six different names for the football — the pigskin, the rock, the pill, the hand-egg, the melon, the leather — and six different names — the GOAT, Mr. California Cool, the Real Slim Brady, The Master of the Tuck, The Lord of the Rings, Tom Terrific — for Brady.

Fallon then asked Goodell, after sharing that the country can’t have another scandal and going on another long-winded tangent into the PSI levels: “How can we, commissioner, guarantee the consistency of the PSI level of footballs moving forward?”

Goodell responded: “Well, congressman, it’s been quite a while since I focused on this issue, but I’ll tell you our procedures now are that our game officials make that check prior to the game. And so they are the one who do that, individually, and then the balls are under protected order under that point on.”

You can watch the full interaction here.

It came after Goodell deflected when asked about Portnoy, who he seemingly has a well-established relationship with. Goodell said he wasn’t aware that Portnoy was not allowed to cover NFL events. 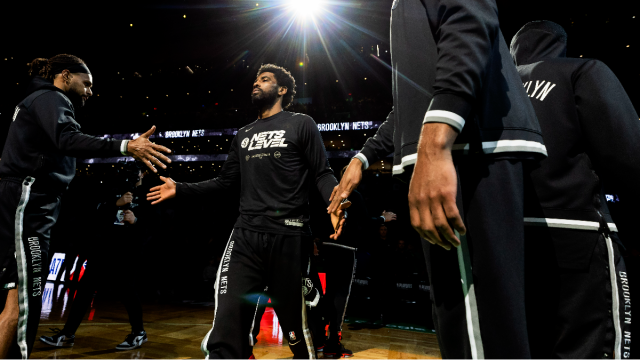 NBA Rumors: Kyrie Irving Using This As Leverage Against Nets 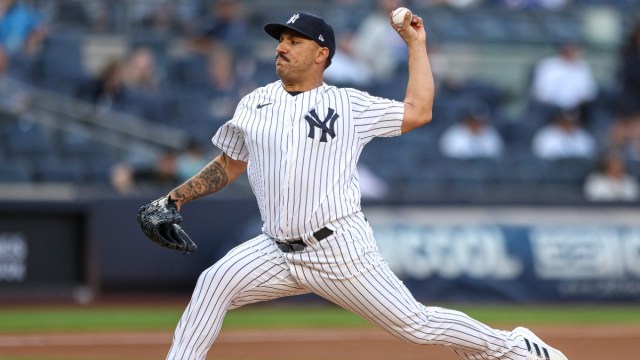