The Patriots will face some very tough decisions with their cornerbacks later this summer.

Of course, the top issue facing New England’s secondary pertains to whether the defense can slow down elite passing games after not adequately replacing J.C. Jackson and Stephon Gilmore. However, lurking in the background is the harsh reality that multiple noteworthy corners likely will be off the Patriots roster once training camp ends.

New England typically carries between five and six cornerbacks on its initial 53-man roster, including players like Justin Bethel who primarily play special teams but also provide depth on defense. Obviously, the list doesn’t include players who begin the season on injured reserve or the physically unable to perform (PUP) list, like Stephon Gilmore did in 2021.

(We’re going to exclude Bryant moving forward, as he more likely will be competing for a spot on the safety depth chart.)

So, who stays and who goes when the Patriots reveal their roster?

Assuming health (which you can’t do, but must for the purposes of this exercise), Mills and all three Joneses figure to be roster locks. You could make a case for Jonathan Jones, who is entering a contract year and will carry a $7.7 million salary-cap hit, being a surprise cut or trade candidate. But it’s hard to imagine the Patriots parting ways with him, Jackson and Gilmore — their three best corners this time last year — within an 11-month period. That would be a serious talent drain at a premium position. Plus, Jones is a favorite among both teammates and coaches, and is a very good, hard-working player.

As for Marcus and Jack Jones, we’re talking about a third- and fourth-round pick, respectively, with the former drawing Tryann Mathieu comparisons and the latter being among the standouts in minicamp. They’re not going anywhere.

With two spots left, New England now must decide between Butler, Mitchell, Williams, Bethel and Wade — none of whom carry salaries, cap hits or dead cap hits north of $2.2 million. And, honestly, you could make cases for and against each of them earning roster spots.

Butler is a great story and seems to be taking his return from one-year retirement very seriously, but he’s 32 years old and didn’t look great in 2020. Mitchell is a solid player who was New England’s first cornerback addition this offseason and loves being with the Patriots, but there’s a reason he’s played for six different teams since entering the NFL in 2014. Bethel is great in his role, but the Patriots need to clear more salary-cap space and it might be time to start saving money on special teams. Williams was a second-rounder in 2019 but has been a total disappointment and is a roster longshot. The Patriots traded a fifth- and seventh-round pick last summer for Wade, whom the Baltimore Ravens selected in the fifth round of the 2021 NFL Draft. He’s talented and once was considered a first-round talent, but he barely played last season and didn’t stand out during minicamp.

If we had to bet, Wade and Mitchell will earn the final two spots (assuming the Patriots roster six corners rather than five), leaving Williams, Bethel and Butler as the odd men out. Those are some tough cuts.

Now, an injury would change the conversation, and it’s entirely possible someone like Marcus Jones begins the season on PUP. There also is additional nuance to consider, but it requires going down a rabbit hole.

You might recall the Patriots cut both Brian Hoyer and Nick Folk last August, seemingly leaving Mac Jones alone at quarterback and rookie Quinn Nordin to handle kicking duties. But Hoyer and Folk both landed on the practice squad and were active for the season opener against the Miami Dolphins, with Nordin a healthy scratch. The Patriots would’ve been allowed to use just two standard elevations on both Folk and Hoyer before having to either cut them or sign them to the 53-man roster. They wound up signing Hoyer after one elevation and Folk after two, while placing Nordin on IR before Week 2.

Essentially, the rules enabled Bill Belichick to break camp with a de facto 55-man roster. They also gave him time and options to figure out other roster scenarios and allow for the possibility of early season injuries, which do happen.

Well, the NFL recently changed the rules, expanding practice squads and allowing teams to use three elevations before subjecting players to waivers. We should expect Belichick to use this change to his full advantage.

Consider this hypothetical: Marcus Jones begins the season on PUP, Wade earns the final spot and Butler gets cut. Butler does the Patriots a solid, joins the practice squad and is elevated for each of the first three games with Wade or Mitchell taking turns as inactive. If nothing else, this would give Belichick additional time to decide which corners he can work with.

The situation should add another layer to what will be a fascinating training camp. With few spots available, expect the cornerbacks — like the receivers — to go all-out in a position battle.

By the way: The Patriots on Tuesday announced that camp will start Wednesday, July 27. 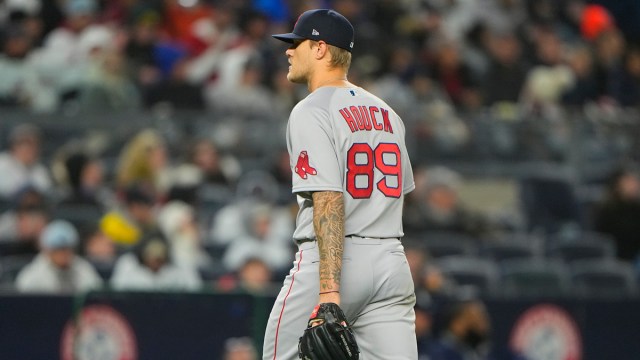 This Stat Shows Just How Dominant Red Sox Pitching Has Been 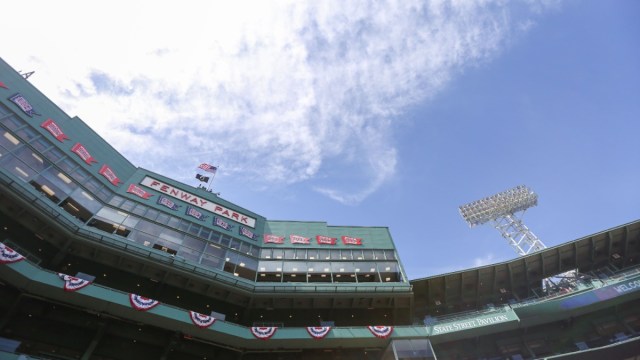