FOXBORO, Mass. — As a topic, organized team activities (OTAs) are tricky to handle.

The practices are voluntary, but players who skip them nevertheless are criticized with the caveat that they might have a good reason beyond simply exercising their CBA-given rights. And make no mistake: Teams want everyone to show up.

Also, fair or not, there is a double standard. Matthew Judon, an established, proven veteran with a reputation as a hard worker, largely was given a free pass for recently skipping Patriots OTAs. On the other hand, Isaiah Wynn, an injury-prone disappointment since entering the NFL, has seen his OTAs absences spawn a slew of trade rumors.

So, many players who skip OTAs inevitably are asked to explain themselves. That’s what happened Wednesday when Wynn spoke with reporters after participating in a mandatory minicamp practice for the second straight day.

With a smile, New England’s first pick from the 2018 NFL Draft offered brief answers while downplaying his absences.

What was he working on?

Those answers seemingly eliminate the possibility that Wynn was dealing with an injury or personal matter.

Wynn, 26, is entering the final year of his rookie contract, the fifth-year option which was exercised by New England roughly a year ago. When asked about his contract situation, Wynn gave a typical Patriots-like answer.

“I ain’t worried about no contract right now,” he said. “I’m focused on being the best player I can be for the team so we can move forward to the season. … That’ll come when it comes.”

Wynn arguably was the biggest story of Patriots OTAs despite not showing up, and he arguably has been the top story of minicamp through two practices — because of his on-field work.

Primarily a left tackle since arriving in New England, Wynn worked exclusively at right tackle in both minicamp sessions, with Trent Brown/Yodny Cajuste on the left. Bill Belichick said virtually nothing about Wynn’s position switch when asked about it before practice, and Wynn later found a few different ways to say he’ll do whatever the team needs.

Wynn and the Patriots will practice again Thursday before returning next week for another round of voluntary OTAs. We’ll just have to wait and see whether Wynn participates. 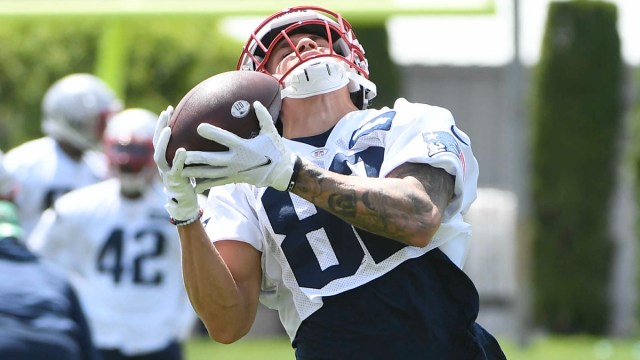 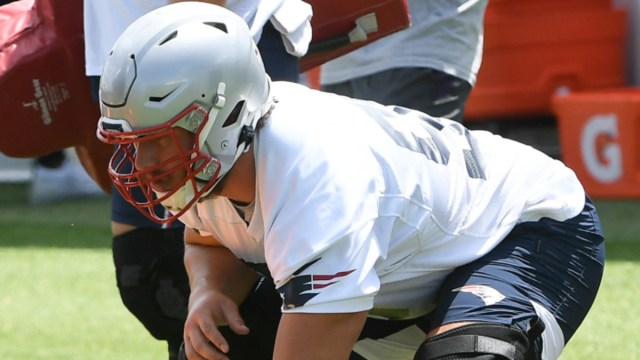