The Boston Celtics and Golden State Warriors took part in what could more closely be described as a battle than a basketball game Wednesday night at TD Garden.

Trading jabs throughout the contest, both the Celtics and Warriors made big plays, but it was Boston who made more and came out on top with a 116-100 victory. Here is a glimpse at their very best.

JB’s Jam
The Boston Celtics, much like they’ve done throughout the 2022 postseason, took little time to responded after a loss. Boston threw the first punch against Golden State, including this haymaker from Jaylen Brown.

Al “Tom Brady” Horford
Boston fell victim to a strong third quarter showing from Golden State yet again in Game 3, but were able to hold off the big shots just enough to keep themselves within striking distance. This incredible pass by Al Horford was one example of how they did so.

Block Party
Boston put 116 points on the board Wednesday night, but that certainly didn’t stop them from continuing to make their bones on the defensive end. Jaylen Brown and Robert Williams III combined for a pair of blocks in the fourth quarter that sent TD Garden into a frenzy.

Marcus Smart’s Shot Making
Marcus Smart isn’t exactly known for his ability to knock down shots. So what do you know, he drilled two huge ones for Boston in Game 3. 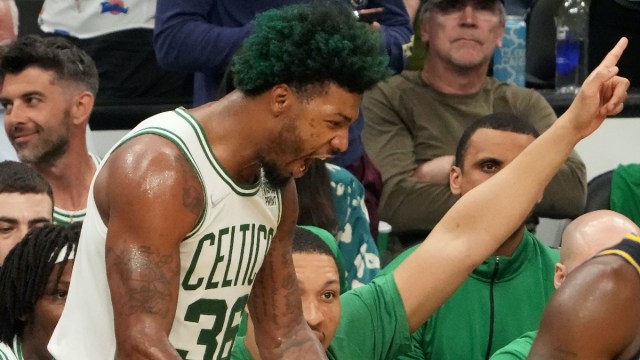 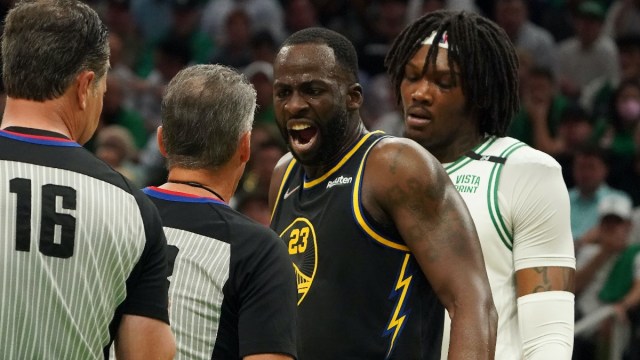